You are at:Home»News»Aldea Services Welcomes Warburton 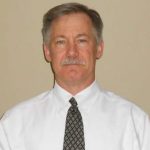 Aldea Services Inc. announced the appointment of Wayne Warburton, MS, P.G., P.E., as a Principal/Senior Tunnel Engineer based in the Atlanta office.

Warburton joins Aldea as a seasoned professional with more than two decades of engineering experience and a specialization in rock engineering, rock tunnel underground excavation and field engineering during construction. Among his first projects for Aldea is the Atlanta Airport tunnel, which is a region where Warburton has extensive underground experience.

Warburton’s industry experience includes major projects throughout the United States, as well as in Canada, South Korea and the Philippines, though he counts the South River Tunnel Project in Atlanta among his favorites. “I got to work with a great team of people and I got to see it through from beginning to the end,” he explained. “It was a great experience to start as project manager during the design and then stay on as resident engineer through construction.”

Warburton’s extensive hands on, hard rock tunneling work in the field, among other things, makes him a perfect fit among the specialized team of engineers and geologists at Aldea Services. “Wayne brings a wealth of knowledge and underground construction experience to our group; and given our projects in and around Atlanta, he has really hit the (under)ground running!” said Robert Goodfellow, President of Aldea Services.