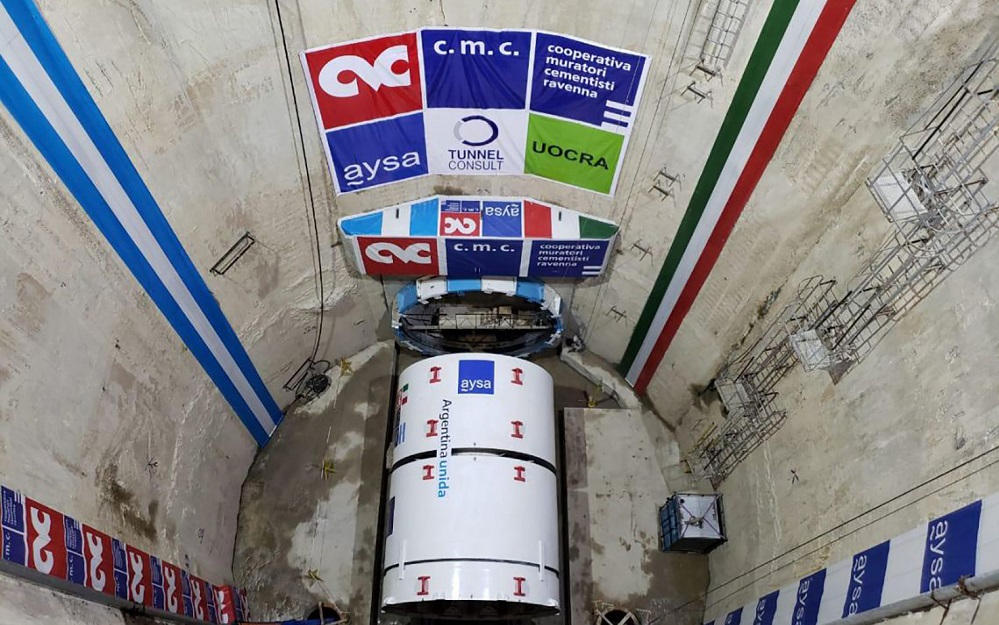 TERRATEC announced that the first of two 4.66-m diameter Earth Pressure Balance Tunnel Boring Machines (EPBMs) that will be used to excavate the Río Subterráneo a Lomas tunnel is currently being assembled, in Buenos Aires, Argentina.

To mark the commencement of the project, a cutterhead lowering ceremony was held in the presence of Argentina’s President, Alberto Fernández, as well as numerous government officials and representatives from Argentina’s national water and sanitation company AySA and Italian tunnel contractor CMC di Ravenna.

The tunnel is a key component of the multi-billion-dollar Agua Sur system that is currently being built by AySA. The new system is the country’s largest water infrastructure project in 40 years and will provide access to fresh water for 2.5 million inhabitants in the southern metropolitan area of Buenos Aires.

Along with its sister machine, the 4.66-m diameter TERRATEC EPBM named ‘Eva’ will be deployed by CMC di Ravenna on the 13.5-km long tunnel, which will eventually carry drinking water from the newly expanded General Belgrano Water Treatment Plant, in the city of Bernal (Quilmes district), to the city of Lomas de Zamora. 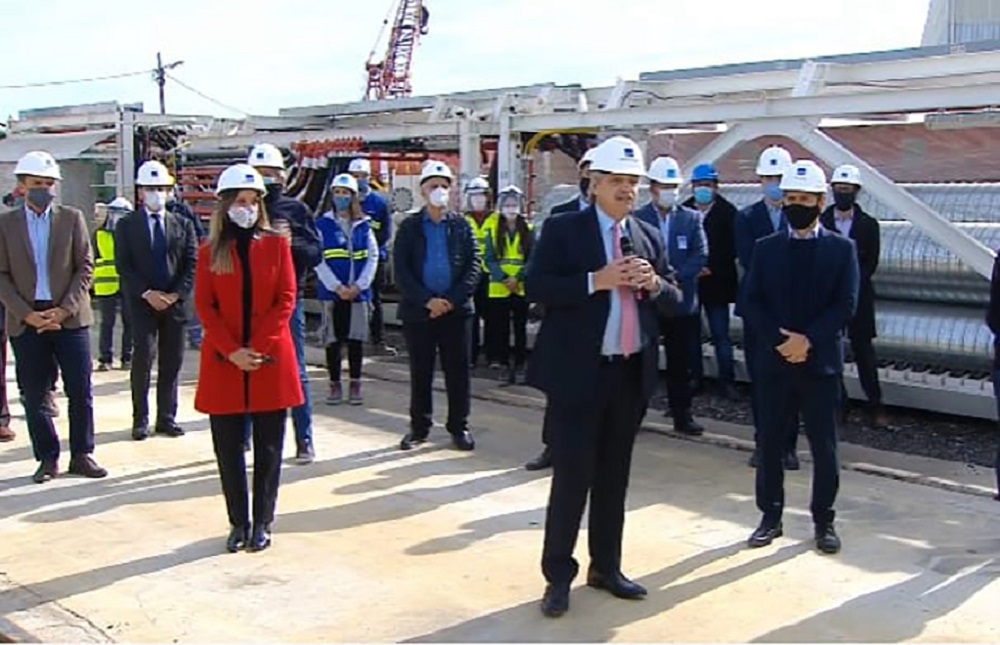 The TERRATEC EPBMs have been designed to tackle the variable soft ground geology along the project alignment, which ranges from silts to sandy silts with some cobbles expected. The TBMs’ high-torque soft ground cutterheads feature with a spoke style design with a 49% opening ratio and cutting tools consisting of fixed and back-loading knife bits that will ensure rapid advancement and minimum interventions.

The tunnel will be excavated at an average depth of 25 m, beginning with an approximately 400-m radius curve and continuing along an essentially straight alignment, reaching a maximum slope of +/- 2.0%. As the machines progress, they will install a precast concrete lining ring consisting of six segments (four parallelograms and two keys) 250 mm thick, 1,400 mm wide, segments.

The new Agua Sur System comprises a series of major infrastructure works that include a raw water intake, the expansion of the General Belgrano Water Treatment Plant – which will increase its water production capacity from a current maximum of 1,950,000 m3 per day to 2,950,000 m3 per day – 23 km of water conveyance tunnel (built-in two stages), two pump stations and 46 km of pipe connections. The overall project is expected to take approximately 10 years to complete.
_
For more information visit: www.terratec.co