You are at:Home»News»Arup Announces Pollak as New Associate Principal 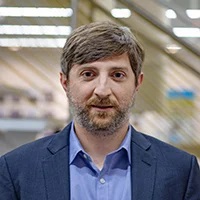 Arup has introduced Seth Pollak, PE, PG, as a new Associate Principal in the firm. Pollak is part of the tunneling group in New York and leads rock mechanics skills development and marketing.

Since joining Arup in 2006, Pollak has been involved in nearly every large span cavern project globally, including Second Avenue Subway, 7 Line Extension, the Long Baseline Neutrino Facility, Brisbane Airport Link, and Hong Kong’s Express Rail Link. In addition, he has been responsible for the creation of a small, multidisciplinary team that has delivered designs for the last four deepest shafts in the world. Building upon his client relationships within the underground industry, he is particularly interested in working alongside heavy civil contractors to provide value engineering and improve constructability of major projects in the transport and water markets.