You are at:Home»News»International News»Atkinson Reaches Substantial Completion on Bellevue Tunnel 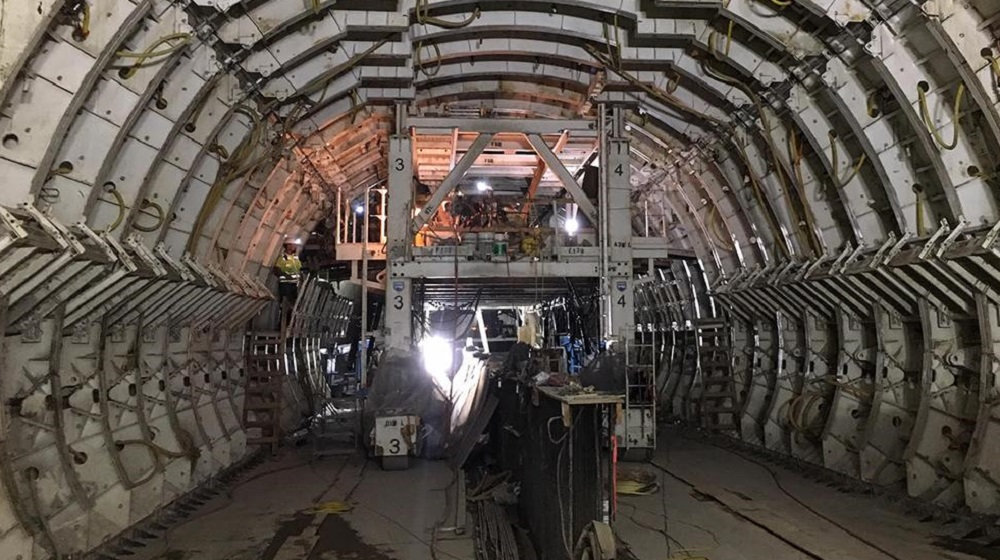 The tunnel, which stretches almost 2,000 ft over more than three city blocks, was constructed using the Sequential Excavation Method (SEM) – a process that involved excavating the tunnel with traditional equipment and spraying a 10-in. thickness of shotcrete (pneumatically applied concrete) every 4 ft while digging to keep the soil stabilized.

“Logistically, this has been a challenging project,” said Archie Kollmorgen, a project manager with Atkinson. “But we expected a good mining challenge, which is why it was so important for the team to develop a smart schedule, be proactive in our planning, and select the right equipment.”

Excavation of the tunnel began in February 2017 and was completed in July 2018. Since then, the Atkinson team has been busy finalizing the tunnel. After cleaning out excess dirt, the team sprayed another 1.5 in. of shotcrete around the entire tunnel to smooth it out, and then applied waterproofing. To finish off the tunnel work, the team placed the concrete invert and a 12-in. thick crown that the train tracks will run through when Sound Transit’s East Link Light Rail Extension is complete.

“This is our first time working with Sound Transit, and we have established a great relationship with them,” said Kollmorgen. “Our teams worked well together, and that’s evident in how the project has progressed.”

The E330 Downtown Bellevue Tunnel project is expected to reach substantial completion in June 2020. This project is one of multiple projects that will complete the East Link Light Rail Extension from downtown Seattle to Redmond.