Alfred H. Brand and Raymond G. Ames have been selected for Outstanding Achievement Awards by The Moles, a national heavy construction industry professional organization. The awards will be presented at The Moles’ Annual Award Dinner at the New York Hilton Midtown on Wednesday, Jan. 24, 2018.

Brand will accept The Moles Member Award and Ames will receive the Moles Non-Member Award. Emmitt Smith, CEO of ESmith Legacy Holdings and NFL record holder for yards rushing, is scheduled to be the principal speaker. 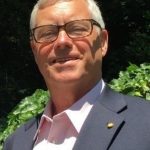 Alfred H. Brand, P.E., D.GE, retired partner of Mueser Rutledge Consulting Engineers, a geotechnical and foundation engineering firm headquartered in New York City, spent his entire career with MRCE, which began in 1968 immediately following his receiving B.S. and M.S. engineering degrees from Cooper Union and Cornell University until his retirement from the firm in 2014. His notable projects include the Arthur Ashe Stadium including the retractable roof at the USTA facility in Flushing Meadow, Queens; the 85-story mixed use tower at 432 Park Avenue; the new Yankee Stadium and many challenging aspects of the innovative Hudson River Park.

Brand was named Metropolitan Section ASCE Civil Engineer of the Year in 2015 and was the President of the Moles in 2008-09, in addition to presenting engineering classes at Cooper Union, Polytechnic Institute, Manhattan College and the Construction Advancement Institute. He has authored numerous technical papers on a variety of engineering subjects and project case studies. He remains active in professional societies in addition to numerous civic and social organizations in Forest Hills and Kew Gardens, New York. 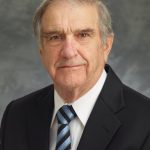 The Non-Member Awardee is Raymond “Butch” Ames, President and Chief Executive Officer of Ames Construction Inc. Ames is the co-founder of Ames Construction Inc., a family-owned, privately held construction company headquartered in Burnsville, Minnesota. Currently the company is ranked as one of the premier heavy civil, transportation, mining and industrial general contractors in North America. Under Ames’ leadership, the company constantly broadened its capabilities, successfully completing many complex projects, including the site grading and infrastructure work at the Denver International Airport; the Eagle Mass Transit P3 in Denver; I-15 CORE in Salt Lake City; the Loop 202 in Phoenix; TH 212 and the St. Croix River Crossing in Minnesota, all while maintaining an outstanding safety record that far exceeds industry standards.

Ames has always been a proponent of giving back to the industry, the community and the employees of the company, as evidenced in his active participation in community projects including, but not limited to, co-chairing the Specialty Care Expansion Committee for Fairview Ridges Hospital; fundraising for Angel Foundation to benefit families struggling with cancer; supporting the Mayo Clinic and the University of Minnesota, and his membership in the Associated General Contractors in every state where an Ames regional office is located.