You are at:Home»News»Crenshaw/LAX Line Opening Anticipated for Mid-2020, Metro Announces 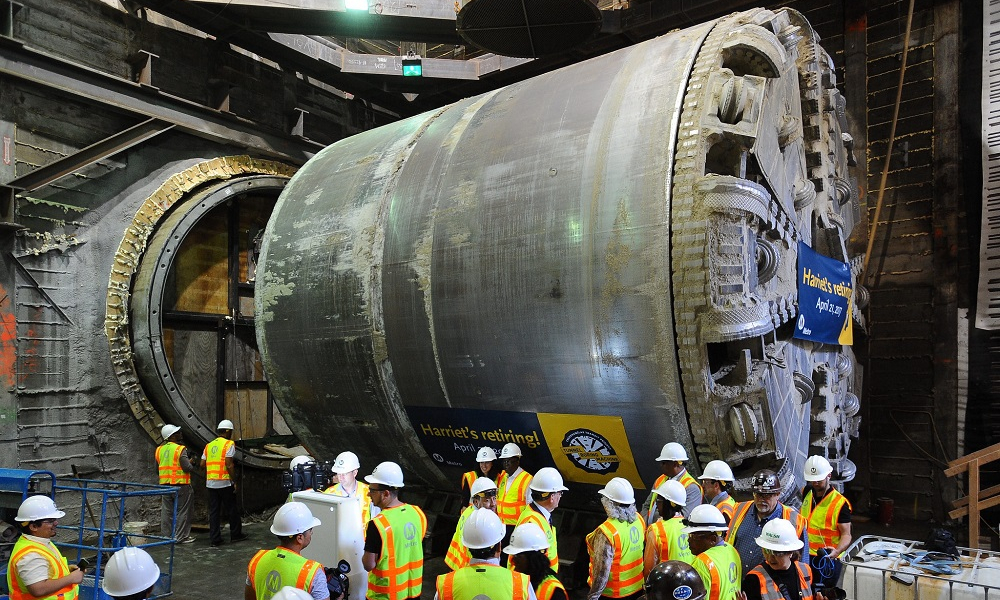 The TBM Harriet completed its final drive in April 2017.

The Los Angeles County Metropolitan Transportation Authority (Metro) has a better idea of the timeframe for opening the Crenshaw/LAX Line. Metro CEO Phillip A. Washington announced on Nov. 15 at the agency Board’s Executive Management Committee meeting that some elements of work on the project are taking longer than expected due to complexities out of Metro’s control, meaning the opening of the line will likely be delayed until mid-2020.

Washington also said that Metro would do everything in his power to ensure that the contractor Walsh Shea Corridor Constructors opens some lanes on Crenshaw Boulevard later this month during restoration work, to accommodate the community for the holiday season. Crenshaw Boulevard is closed to through traffic between Jefferson Boulevard and Coliseum Street as the roadway and streetscape are being rebuilt above the new underground Expo/Crenshaw Station. This is the last full extended closure for the Crenshaw/LAX project.

The Crenshaw/LAX Line is overall 90 percent complete. Substantial completion of the project is expected in December 2019. The agency will then complete final safety testing and operator training with service to the public anticipated to begin in mid-2020. 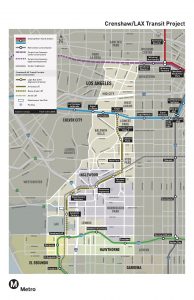 The construction of the $2.058-billion Crenshaw/LAX Line began in early 2014 and has proven, as expected, to be a complex undertaking.

The project features eight new stations and sections that are underground, aerial and which run down the middle of a major street. In addition, the project has a new rail yard, connects to the Green Line tracks and must accommodate the future airport station.