You are at:Home»News»Design-Build Procurement Begins for Narragansett Bay CSO Program 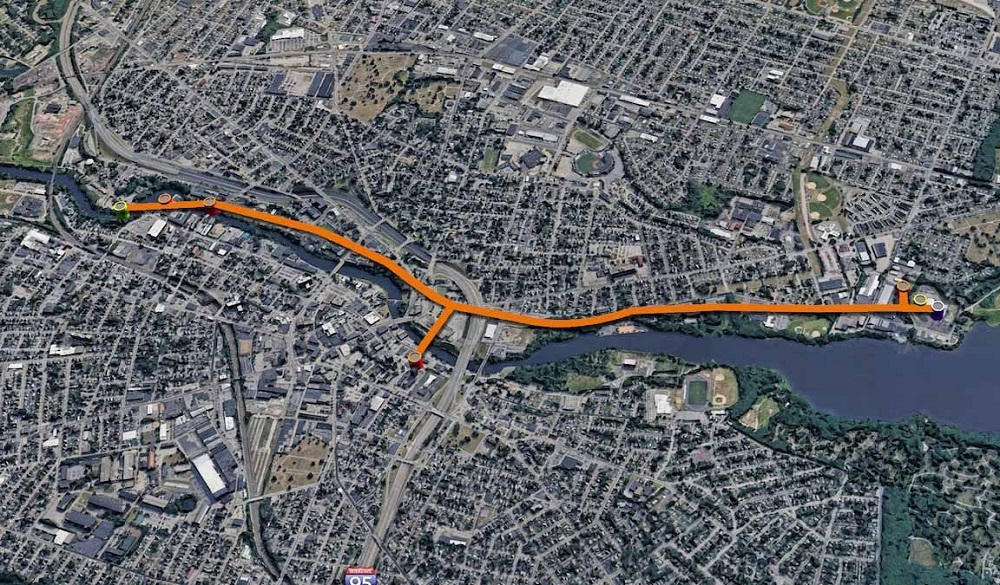 Narragansett Bay Commission (NBC), Stantec and Pare Corp. have kicked off the procurement process for the third and final phase of NBC’s Combined Sewer Overflow (CSO) Program, a project 20 years in the making. NBC, which operates wastewater collection and treatment facilities for 10 member communities in Rhode Island, has led the three-phase program designed to reduce overflow volumes by 98 percent and treat stormwater before it flows into the Narragansett Bay.

The project team recently hosted an industry outreach event to provide a program update and share details regarding the Phase III procurement process. This phase has been subdivided into four sub-phases. The first and largest sub-phase includes construction of the Pawtucket Tunnel, which will be procured by NBC as a Fixed-Price Design-Build contract. The Pawtucket Tunnel Design-Build Request for Qualifications (RFQ) will be issued in August 2019, with notice to proceed to be issued in December 2020. The tunnel is expected to be operational in 2026 at an anticipated construction cost of $245 million.

“We know Rhode Islanders value a clean and healthy bay,” said Vincent Mesolella, Chairman, NBC. “We’re very proud of infrastructure investments our ratepayers have made over the past two decades to mitigate the century-old issue of CSOs and the NBC is confident that this final phase of the CSO project will result in a bay that will be a beloved resource for our children and grandchildren.”

As the lead designer and program manager for Phase III, Stantec, with teaming partner Pare Corporation, utilized proprietary WARi™ (Weighted Average Residential index) methodology to analyze affordability scenarios and develop a four-phase implementation plan that would maintain NBC’s affordability goals—and save approximately $60 million in capital costs. The first sub-phase addresses the most environmentally beneficial projects, and the remaining sub-phases will be completed in stages to help reduce the cost to NBC’s rate payers.

“Stantec is honored to partner with the Narragansett Bay Commission on the largest public works project in Rhode Island history,” said Sean Searles, Program Manager, Stantec. “When this project is complete, Rhode Islanders will benefit from cleaner water and a reduction in annual beach and shellfish bed closures, which will support the local economy for generations to come.”

The three-phase CSO program kicked off in 2001 with construction of a three-mile long, 26-ft wide deep-rock tunnel under Providence to store stormwater runoff. Phase II, completed in 2015, added CSO interceptors to the Providence Tunnel, several sewer separation projects, and a wetlands storage facility. The final phase is focused on the construction of the 2.2-mile long, 30-ft wide Pawtucket Tunnel underneath the communities of Pawtucket and Central Falls. The tunnel, which will be located at depth ranges of 140- to 180-ft below grade, is designed to store 58.5 million gallons of combined sewer overflows.