You are at:Home»People»ECA Promotes Sciortino to Northeast Regional Sales Manager 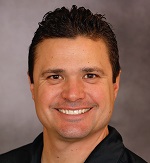 Sciortino came to ECA when the company acquired New England Construction Products in 2015. He had been serving as a mechanic and sales representative at the time. Sciortino was named Sales Engineer in March 2015 and held that position up until now.

Sciortino earned a Bachelor of Science in Construction Management at the University of Massachusetts. Although he enjoys golfing in summer and snowboarding in the winter, most of his free time is spent with family.

ECA has been a leading supplier of foundation construction equipment in the Eastern United States and Eastern Canada for more than a century.

RELATED: Keville Elected as President of The Moles