You are at:Home»News»Engcon Celebrates 30 Years 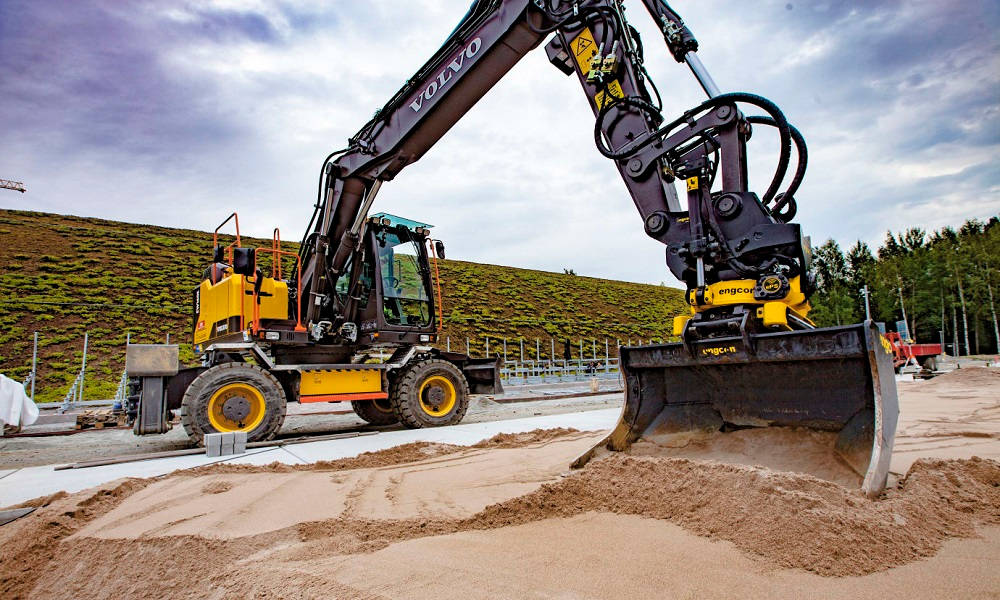 When Stig Engström first saw an excavator quick coupler that was able to tilt and rotate, he realized immediately that the product would change the world of excavation. In 1990, he formed the company Engcon, and now 30 years later Stig Engström’s life’s work generates annual sales exceeding SEK 1 billion and his world-leading products can be found at the four corners of the earth.

Engcon – Engström Construction – turns 30 this year. It all began in Stig Engström’s garage in the village of Lidsjöberg, 55 miles northwest of Strömsund in northern Sweden. Stig built the various prototypes himself, which were then tested by local construction contractors. Even if he was convinced about the enormous potential of the product, convincing others and getting the concept to work was a difficult journey.

“It was an incredibly tough start, and there were both technological and financial setbacks. In the beginning, I made major technical modifications to the product and I was entirely dependent on testing it in real-world conditions with contractors. There were a lot of technical hassles and I also needed revenue for working capital. After a few years, the product began working better and increasing numbers of innovative contractors discovered how revolutionary the tiltrotator was, and thanks to their support and patience, we are where we are today,” says Stig Engström.

The headquarters, factory, the Swedish sales team and most of the administrative functions are still located in Strömsund, and they will remain there according to Stig Engström, whose heart has deep local roots. But these days, Engcon also has a factory in Poland and sales offices in Finland, Denmark, the UK, Holland, the Netherlands, France, Germany, the USA and Australia, and there are plans to commence sales in Korea during the spring. Other global markets including Austria, Switzerland, the Baltics, Spain and Italy are handled by our international sales office.

“Right now we’re near to closing a major deal for delivery to Downtown Manhattan. Thirty years ago I could never have dreamed I’d own a company with annual sales exceeding a billion kronor and more than 300 employees in over 10 countries,” says Stig Engström.

The 30th anniversary will be celebrated with various activities throughout the year, including at CONEXPO–CONAGG in Las Vegas in March and at Svenska Maskinmässan in June. The actual celebrations will take place on July 9 when Engcon will invite all of Strömsund’s inhabitants to a show, and there will be an open house at the factory on July 10 with guided tours, activities, birthday cake, video presentations and speeches.

“Right now, we’re looking forward to the next 30 years! Who knows where in the world our tiltrotators will be busy then,” concludes a smiling Stig Engström.