You are at:Home»News»First of Two Tunnels Complete Under Las Vegas Convention Center 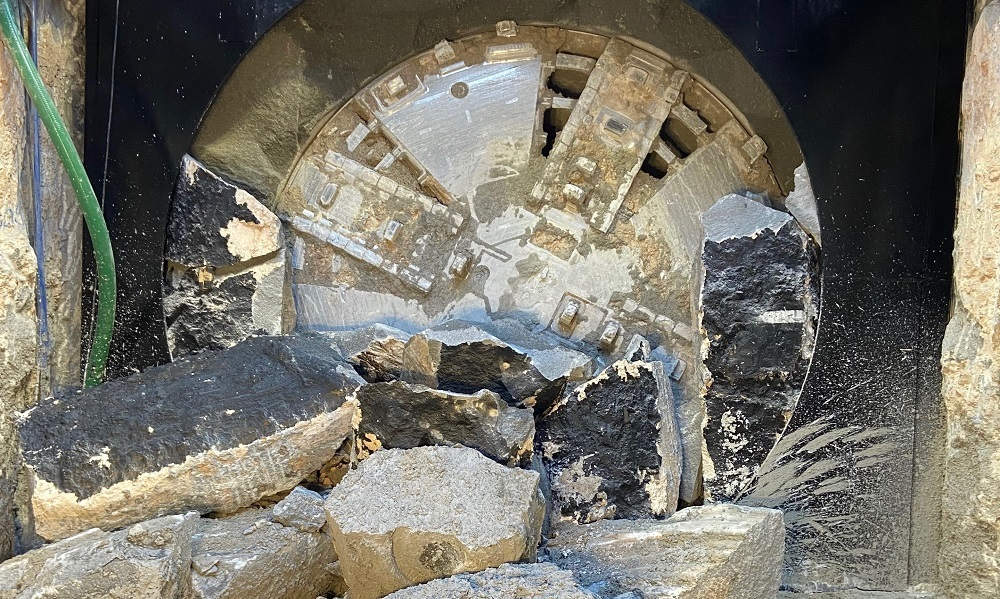 Excavation of the first tunnel under the Las Vegas Convention Center was completed on Feb. 13. (Photo: LVCVA)

Excavation is complete for the first of two tunnels that will comprise Elon Musk’s innovative underground transportation system beneath the LVCC campus. The project is scheduled to debut in January 2021. pic.twitter.com/CwpxEWDXYc

The 40-ft deep tunnels are part of a system that includes three passenger stations. The project is part of $1.52 billion expansion and renovation program underway by LVCVA. It is expected that the system will use Tesla electric vehicles to shuttle convention-goers across the 200-acre campus in about one minute, according to LVCVA. Currently the walk takes 30 minutes. The system is projected to carry 4,400 people per hour.

“This marks an important milestone in the future of transportation,” said Steve Hill, LVCVA CEO and president. “Las Vegas is proud to lead the way as the first and only destination to offer an underground transportation solution for moving visitors throughout our convention center.”

The TBM will be transported back to the launch pit to begin a parallel drive. Tunneling on the $52.5 million underground transportation system began on Nov. 15 and plans are for it to be operational by January 2021.