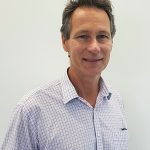 Golder welcomed Bo Bendtsen to the company. A Principal Structural Engineer with over 35 years of experience on large and complex surface and underground projects, Bendtsen will be based out of the firm’s Melbourne, Australia, office.

Bendtsen has significant experience as the lead engineer responsible for the delivery of major civil and infrastructure projects, including a variety of tunneling projects across Australia, Scandinavia, Indonesia, and the Middle East. Prior to joining Golder, he was the Vice President of Tunnel and Underground Infrastructure at COWI.

“We’re thrilled to have Bo on our team,” says Golder’s Global Tunneling Leader Stephen Barrett. “His wealth of experience in geo-structural design will enable us to deliver further value to our clients in Asia Pacific and beyond.”

Bendtsen will lead the development of Golder’s geo-structural capabilities in Melbourne, and assist with the ongoing implementation of Golder’s global tunnelling strategy across the Asia Pacific Region.

“Golder’s renowned technical excellence and the caliber of its people were among my main drivers to join the firm,” says Bendtsen. “The opportunity to work on the exciting pipeline of tunneling and broader infrastructure projects that Golder currently has in Asia Pacific was also one not to be missed.”

Golder’s global tunneling group provides integrated geotechnical, design and environmental services throughout a tunnel’s lifecycle, from project planning and procurement, to project delivery and operation. Golder’s tunnel service offerings include the design of temporary and permanent works for underground excavations, in the infrastructure, mining and power sectors. Bendtsen adds significant major project and leadership experience to this team, both in tender and project delivery settings.