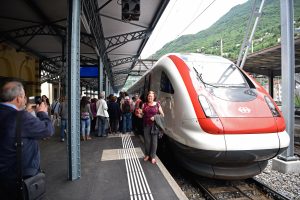 The opening festivities for the Gotthard Base Tunnel began on June 1.

The opening festivities for the world’s longest railway tunnel began on June 1 with the gathering of 1,000 randomly selected representatives of the public for the first trips through the Gotthard Base Tunnel.

More than 2,000 individuals from the army, police, federal government, Swiss Federal Railways, AlpTransit Gotthard (ATG) and private companies, as well as half a dozen heads of state and government, also took part in the ceremony. In addition, 300 media professionals have been accredited from around 20 nations, including the United States, Canada, China, Japan, Kuwait and Chile, as well as Switzerland’s neighboring countries.

Around 160,000 interested individuals from the public applied for a seat in the trains that on June 1 were the first to travel through the Gotthard Base Tunnel. The winners assembled in Arth-Goldau and Bellinzona to be welcomed aboard start the tunnel’s opening ceremony.

On May 31, close to the north portal, a memorial was dedicated to the nine persons who lost their lives during construction of the tunnel. Relatives of the workers who died were also invited to the dedication ceremony. In addition, early this morning in an interfaith ceremony in the access adit at Amsteg, the tunnel was blessed.

The opening celebration will be followed on June 2 by the festival for those involved in the project, organised by AlpTransit Gotthard, and on June 3 by the passage through the tunnel of the first goods train. On the weekend of June 4-5, under the umbrella leadership of Swiss Federal Railways, the public are invited to the open-house festivities at both portals. 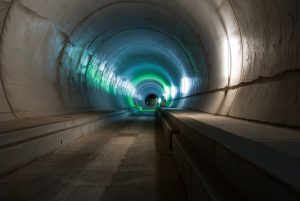 Construction of the tunnel spanned 17 years with at an estimated cost of $12 billion.

The Gotthard Base Tunnel consists of two 57-km long single-track tubes. Including all cross-passages, access tunnels and shafts, the total length of the tunnel system is over 152 km. It links the north portal at Erstfeld with the south portal at Bodio. With a rock overburden of up to 2,300 m, the Gotthard Base Tunnel is not only the world’s longest, but also the world’s deepest, railway tunnel constructed to date.

Two multifunction stations, at Faido and Sedrun, divide both tubes into three approximately equally long sections. The multifunction stations each contain emergency-stop stations and two track crossovers. In the event of an incident, such as a fire in a train or a fault in the Gotthard Base Tunnel, whenever possible the affected train travels out of the tunnel into the open air. If this is not possible, the train driver halts the train at one of the emergency-stop stations.

Besides the tunnel itself, numerous built structures, such as underpasses and bridges, are required for the tunnel approaches. In the Reuss valley in the canton of Uri, the overground section crosses inhabited areas, roads, rivers and agricultural land. Protective measures against noise, dust and floods, as well as for nature conservation, are therefore challenges that are just as important as the technical implementation of the new railway line.

Construction of the tunnel spanned 17 years with at an estimated cost of $12 billion. Commercial services are scheduled to begin in December. 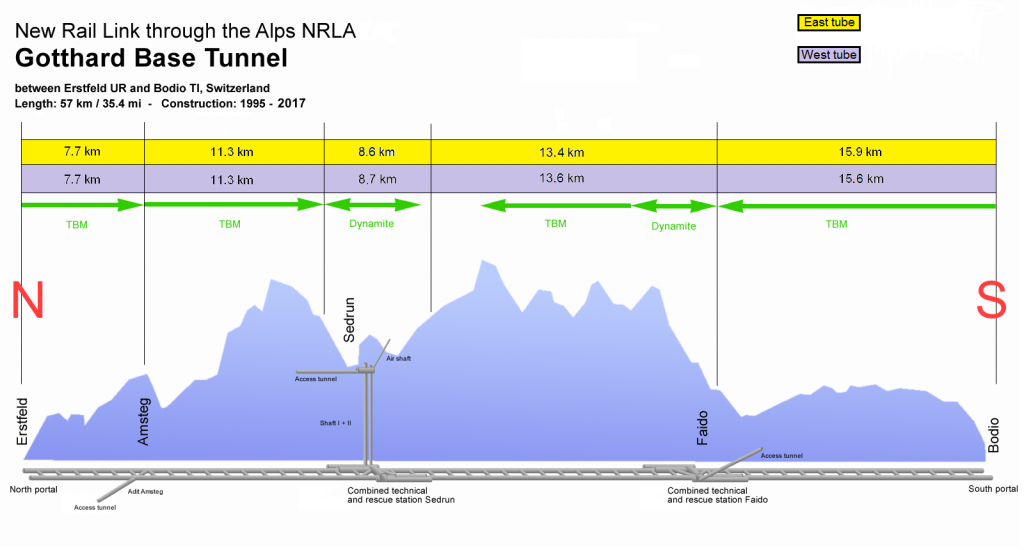