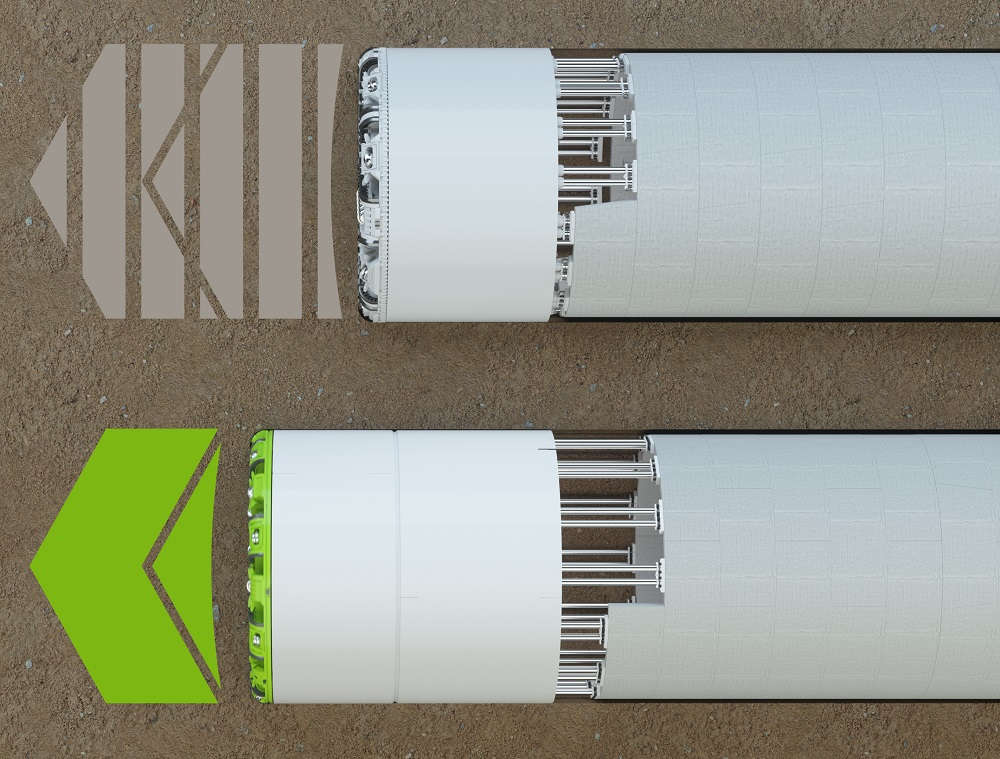 On Monday, Oct. 24, the world’s largest trade fair for the construction, building materials and mining machinery industry, bauma, opened its doors in Munich. During the festive opening event on Oct. 23, the jury announced the winners of the prestigious bauma Innovation Award 2022. In the category “Machine Technology,” the prize went to Herrenknecht AG for the development of continuous tunneling in the mechanized construction of high-performance underground infrastructures.

Dr.-Ing. E.h. Martin Herrenknecht, founder and CEO of Herrenknecht AG, on the occasion of the award ceremony said: “Continuous tunneling is the next significant innovation step in mechanized tunneling. New underground traffic routes have to be built ever faster. Continuous tunneling gives clients and contractors a decisive time advantage that ultimately benefits the entire project and all partners involved. Railroad, metro and road tunnels can be built and put into operation significantly faster. I am particularly proud of the Innovation Award because the new tunneling method was developed and put to use in Schwanau by our experienced engineers together with young colleagues.”

This is the third time that Herrenknecht AG has won the bauma Innovation Award: in 2019, the prize was awarded for the E-Power Pipe method for the environmentally friendly laying of underground cables, and in 2013 for Pipe Express, a semi-open method for laying pipelines.

Up to now mechanized tunneling with shield machines in soft ground has always been a stop-and-go sequential process. Each excavation stroke is followed by the ring building sequence, so that the excavation has to pause and the subsequent driving cycle be only started when the next segmental ring has been completely installed. The interruptions to tunnel advance in soft ground formations caused by these sequential operations costs time when viewed over longer distances. In contrast, a continuous tunneling process in which the machine can continue excavation while the lining rings are being installed can contribute to considerable savings in construction time. For this purpose, Herrenknecht engineers designed a process based on the latest technologies and engineering.

It is a significant step forward. The new continuous tunneling system, developed by the engineers at the Schwanau tunneling machine manufacturer, achieves a notable increase in efficiency during tunnel construction. Particularly in the case of longer tunnel sections, continuously organized tunneling leads to measurable savings in construction time.

With regard to tunneling, the innovation facilitates the following process sequence: In continuous tunneling, those thrust cylinders that push the machine forward during advance take over the force share of those cylinders that are retracted for ring building. To ensure that the machine reliably maintains on course under these conditions, the center of thrust resulting from the combined driving forces of the applied thrust cylinders must remain unchanged in its position. At the heart of continuous tunneling is therefore a powerful computer system and process-specific software programs that can precisely calculate the necessary pressures in the thrust cylinders. It ensures that the machine operator can reliably control the tunnel boring machine along the specified alignment as before.

In continuous advance, the machine operator no longer controls the pressures in the thrust cylinders manually using rotary controls (potentiometers) on the control panel. For this purpose, Herrenknecht has newly developed the Center of Thrust (CoT) system, which helps the shield operator to precisely control the machine. It consists of a display panel that shows the operator the current position of the center of pressure and on which he selects the desired position of the center of thrust. The corresponding control of the thrust cylinders is handled by the algorithms in the computer system. Compared to manual control by potentiometers, the CoT offers the prospect of maintaining the specified alignment more efficiently and effectively. The CoT system can thus make a sustainable contribution to the economic efficiency of the construction project in addition to the quality of the underground structure.

Faster thanks to advanced Herrenknecht technology

With continuous tunneling, an increase in total tunneling performance of up to a factor of 1.6 can be achieved compared to the previous discontinuous method. This can lead to a significant reduction in construction time for long tunnels. The unique feature of Herrenknecht’s solution is that continuous tunneling can be used on all machine types in soft ground.