You are at:Home»News»In Memoriam: Ron Heuer 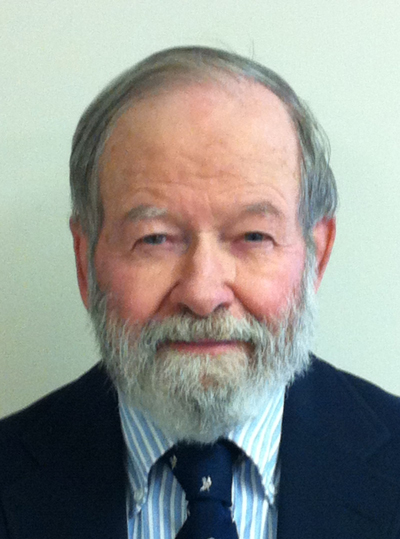 From 1975 through 1978, he served as an Associate Professor of Civil Engineering at the University of Illinois and became an International Geotechnical Consultant for underground construction projects. Having worked on several hundred underground projects, Heuer’s combined theoretical and empirical knowledge earned him the industry-wide respect of engineers, geologists, contractors and owners.

He was born in 1940 to George and Rosemary (Quinn) Heuer, and grew up in Chenoa, Illinois. He worked with horses and helped in his father’s construction business as a young man.

After working at engineering firms and teaching at the University of Illinois, in 1978 he became an independent consultant for the rest of his career. Ron loved his work and never retired. As an expert in the field of Geotechnical Engineering, he helped design, evaluate, and troubleshoot over a thousand tunnel and underground construction projects all over the world. He received some of the most prestigious awards in his field: The Beavers’ Golden Beaver Engineering Award in 2008; The Moles’ Non-Member Award in 2014; and the Underground Construction Association’s Lifetime Achievement Award in 2014.

Heuer has worked on more than 1,000 underground projects. He has worked on tunnels throughout the United States and Canada and in a number of foreign countries on all continents. He has witnessed the transition from conventional drill/blast excavation in rock and compressed air hand mined shields in soft ground to today’s hard rock TBMs and pressurized face soft ground machines. He has seen the introduction of precast concrete segments, shotcrete and SEM methods into the United States.

Some special memories include Colorado’s Straight Creek Tunnel in 1970 (the Eisenhower Tunnel first bore) where, under Al Mathews’ guidance, Heuer developed concept drawings and geotechnical analysis for the multiple drift methods used to complete tunnel excavation through the squeezing Loveland Fault Zone at 305 m (1,000 ft) depth; the Point Lepreau Cooling Water Intake Shaft in New Brunswick, Canada, in 1977, where a 6.4-m (21-ft) diameter shaft excavation in rock was raised to within 4.3 m (14 ft) of the ocean bottom under the Bay of Fundy; and the Crosstown Tunnel in Milwaukee, Wisconsin, in 1986, where a 9.6-m (32-ft) diameter TBM using rock dowel support was driven with only 5.5 m (18 ft) of poor rock cover below a buried valley full of waterbearing sand and gravel under a 76-m (250-ft) water head.

Heuer served as chair of the second Dispute Resolution Board in North America on the Seattle Mt. Baker Ridge Tunnel in late 1980s. Heuer also worked on the Big Walnut Augmentation/Rickenbacker Interceptor Tunnel in Columbus, Ohio, in 1999, where earth-pressure-balance tunnel excavation was successfully completed through bouldery ground; the Arrowhead Tunnels near Los Angeles, completed in waterbearing faulted ground adjacent to the San Andreas Fault, under water heads up to 305 m (1,000 ft); and the Queens soft-ground tunnels excavated by slurry TBM methods at shallow depth under a railroad switchyard. On some of these he was actively involved in design or construction, on others his contribution was to review proposed methods and express confirmation that it was possible.

Ron devoted time to different hobbies over the years but enjoyed long distance bicycle riding his entire life. He calculated that he had ridden over 180,000 miles in the last 40 years, including three tours across the US. When not riding or working, he could be found reading with his beloved cat, Gabby, spending time with family, and observing nature in the woods and fields around his home.

Ron is survived by his children, Janna (Edward Schell) and Garrick (Courtenay Carr) Heuer, and his first wife, Jeanne Zinser-Mandala, his ex-wife and friend Debra Virgens, and siblings Ruth Ann (Ray) Sipe and Robert (Barbara) Heue, and sister – in – law, Janice(Currin) Heuer. He has four grandchildren, Bronwyn and Tristan (Marissa Flores) Schell, and Brooklyn and Taylor Carr-Heuer, and a great grandchild, Amelia.

He is preceded in death by his parents and brother, Roger.

There will be a memorial gathering for Ron, tentatively planned for August 2021.