You are at:Home»News»LA Metro Hosts Groundbreaking for Purple Line Extension to Westwood 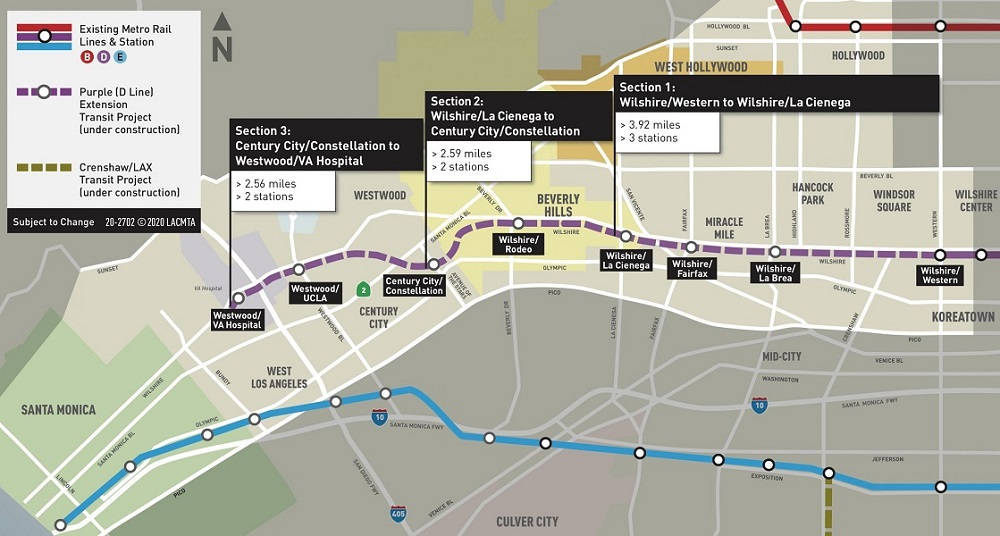 LA Metro on May 24  held a ceremonial groundbreaking with the Federal Transit Administration (FTA), U.S. Department of Veteran Affairs, UCLA and key local and federal officials to mark the start of major construction on the third and final section of the Purple (D Line) Extension Project that will connect downtown L.A. and the Westside via a high-speed, high capacity subway in 2027.

FTA Deputy Administrator Nuria Fernandez was in attendance to celebrate the $3.6-billion Section 3 project, which has received a $1.3-billion federal grant from the U.S. Department of Transportation. The project will connect two previous subway sections through Koreatown, Beverly Hills and Century City and extend it another two-and-a-half miles to Westwood. Metro will build new stations at Westwood/UCLA to serve Westwood Village and UCLA and another at Westwood/VA Hospital to serve the hospital campus just west of the I-405 freeway.

Contractor Tutor-Perini/O&G’s near-term work for the future Westwood/VA Hospital station includes a piling operation to create a temporary support structure for the underground station. Drill rigs will dig 100-foot deep holes into the ground and a crane will place steel beams known as ‘piles’ into each hole. After the pile is put in place, each hole will be filled with concrete to provide support for the station walls. Following completion of piling later this year, Metro’s contractor will then begin excavating the subway station box.

Prior “pre-construction” work to date has consisted of final design, advanced utility relocation and Tunnel Boring Machine (TBM) assembly and component testing, among others.

The FTA’s $1.3-billion federal grant will be delivered through a multi-year agreement known as a Full Funding Grant Agreement that is governed by the FTA’s Capital Investment Grant program, popularly referred to as “New Starts.” It is a stand-alone grant agreement, with no required loans for Metro to pay back as in previous funding agreements for first two project extensions. The remaining funds needed to build the project will come from Metro’s own local voter-approved transportation sales tax measures. 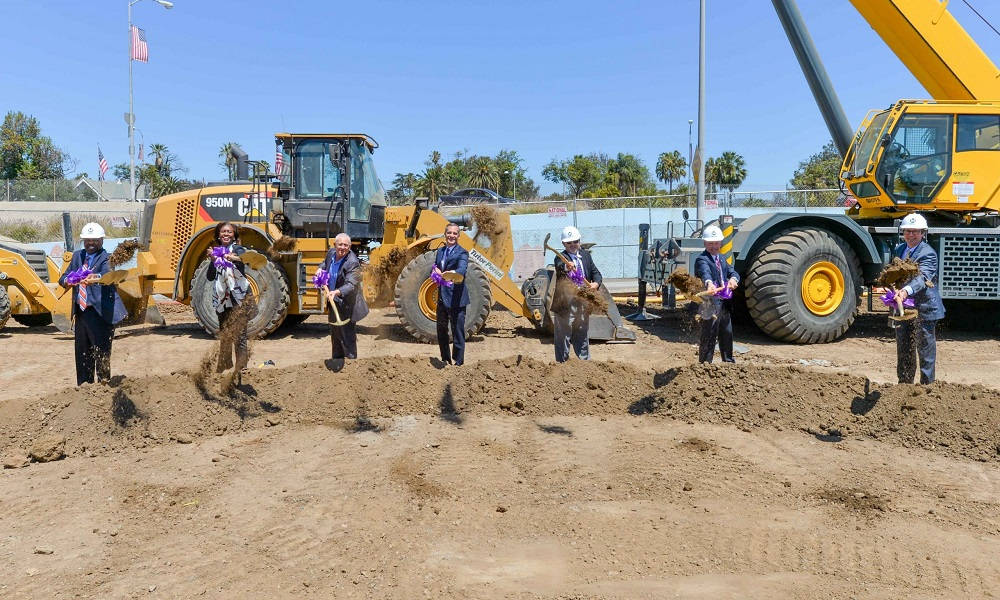 The $9.5-billion project was able to secure approximately half of the total project cost from the FTA.

The subway extension to the Westwood/VA Hospital station will garner about 49,300 daily weekday boardings at the seven new stations. There will be about 78,000 new daily trips on the full Metro Rail System as a result of opening this line.

Prior to the pandemic, over 300,000 workers traveled into the Westside every morning from throughout the region — and the Westside is the second largest job center in our region. More than 100,000 trips also leave the area for outside destinations. As the pandemic has eased, traffic has returned and the subway extension project will offer improved connectivity to the entire Metro Bus and Rail network, as well as transfers to municipal bus lines and other regional transportation services.