You are at:Home»News»LIRR Service to Grand Central Madison Begins 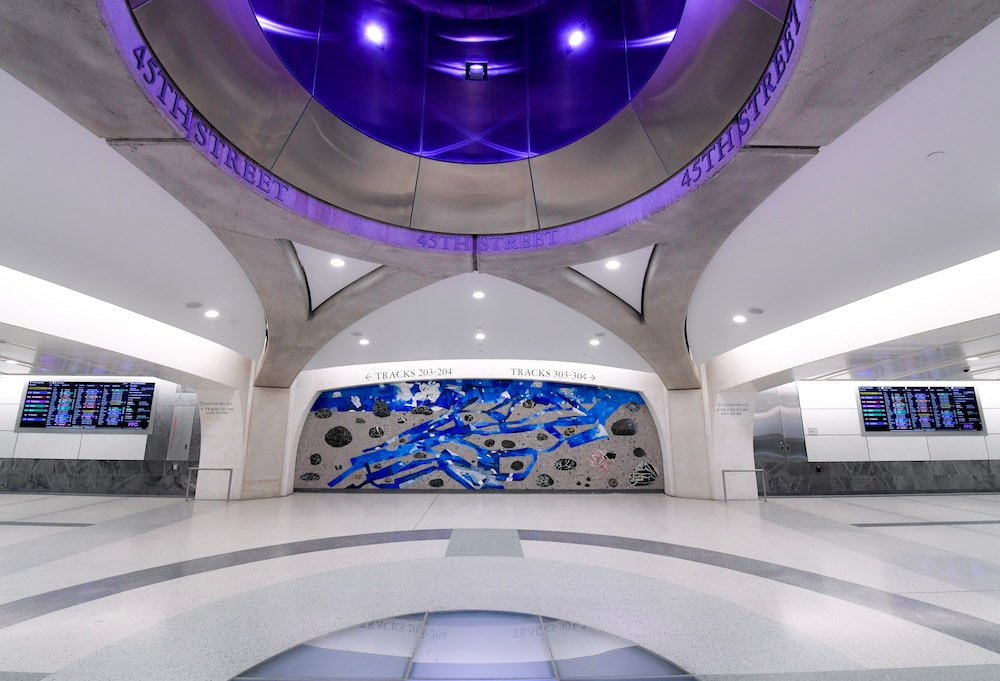 The train will be the first of regularly scheduled Grand Central Direct trains to operate between Jamaica and Grand Central Madison. Trains will operate between 6:15 a.m. and 8:00 p.m. on weekdays and from 7:00 a.m. to 11:00 p.m. on weekends. Trains will run every 30 minutes in both directions during weekday midday periods and on weekends and once per hour during peak periods (arriving in Grand Central between 6:30 a.m. and 10 a.m. and departing between 4:30 p.m. and 7:30 p.m.)

This special Grand Central Direct service will conclude with the initiation of full train service mirroring what was previewed in draft schedules published last June. To enable travel planning, the MTA will provide notice when full schedules, increasing overall LIRR service by 41%, are scheduled to go into effect.

Construction on Grand Central Madison, which was known as the East Side Access during development, began in 2006 with major excavation work completing in 2014. The $11 billion project involved more than 8 miles of tunnels in Manhattan and Queens in addition to the new terminal, which was constructed beneath historic Grand Central Terminal, which remained operating during construction.

The opening of Grand Central Madison marks the first expansion of the Long Island Rail Road in 100 years, and will reduce travel times for LIRR East Side-bound commuters by providing a direct connection to Grand Central instead of traveling to Penn Station on the West Side.