You are at:Home»News»International News»Mega-Sized Crossover Machine Ramps up in Turkey 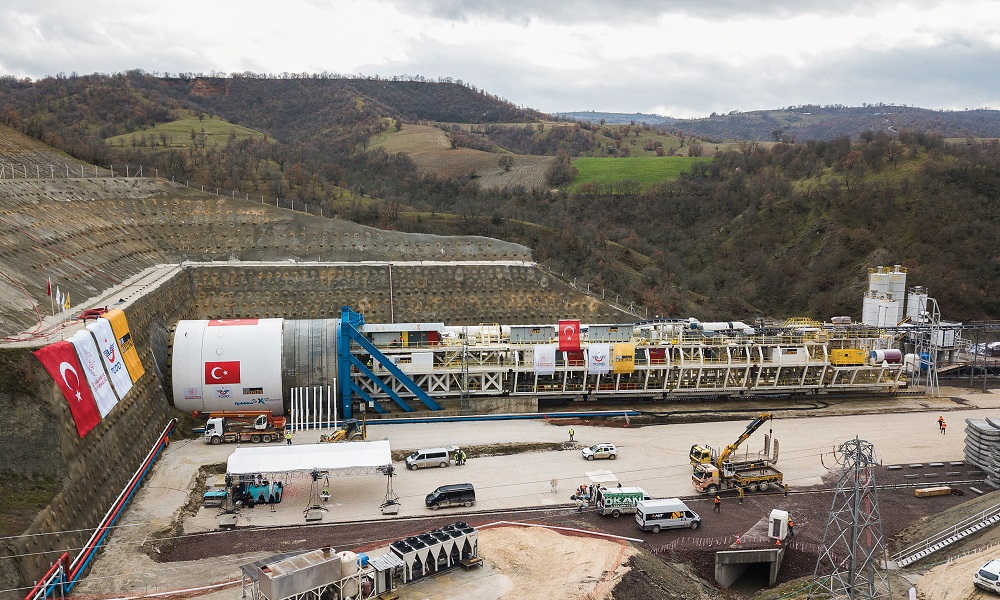 A Robbins 13.77 m (45.18 ft) diameter Crossover XRE TBM launched recently in spring 2021 in Eşme, Turkey. The large machine is boring the 3.05 km (1.90 mi) Eşme-Salihli Railway Tunnel through mixed conditions including sandstone, gravelstone, claystone, and siltstone. Contractor Kolin Construction expects some occasional groundwater and weak rock between 5 to 9 MPa (720 to 1,300 psi) UCS, with the potential for a gassy environment.

The titanic TBM was launched after more than seven years in storage, and following a few upgrades to systems to ensure they meet the newest safety and efficiency standards. “I am very happy that the TBM has been launched. Up to now, the machine has bored nearly 500 m (1,600 ft) in gneiss and mudstone. This is an opportunity for Robbins to prove that large diameter TBMs can bore in such tunnels, even in very complex geology and difficult ground conditions,” said Yunus Alpagut of ATES, Robbins’ Turkish subsidiary. Alpagut went on to explain why the project is so important: “Recently, there have been large diameter, non-Robbins machines that have failed, so this is very important to show the Turkish tunneling industry that large machines are up to the challenge.”

To get through the challenging conditions, the large diameter XRE has a number of unique features. The large diameter design enables both a screw conveyor and belt conveyor to remain in place, enabling swift conversion between modes, and operation in 100% EPB and hard rock modes.

In EPB mode, the screw conveyor operates as in any typical EPB machine. The screw features a replaceable inner liner and replaceable carbide wear bits for abrasion protection. A mixed ground cutterhead is fitted with knife bits that can be switched out with disc cutters in harder conditions. The machine design includes a man lock for cutterhead inspection and changes, and mixing bars inside the mixing chamber. 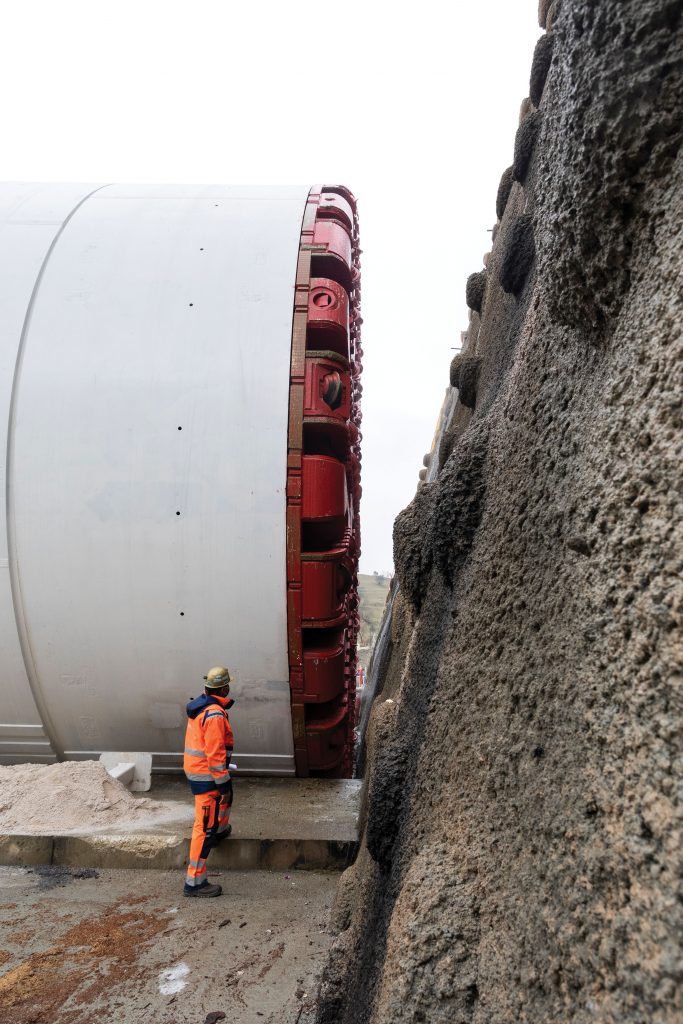 To convert to hard rock mode, the mixing bars and initial portion of the screw conveyor can be optionally retracted. EPB knife bits are then replaced with disc cutters on the cutterhead, and the EPB scrapers on the cutterhead are replaced with bucket lips. Muck paddles are installed in the cutterhead to allow the muck to fall into the muck chute. A hydraulic muck ring allows a chute attached to the bulkhead to move forward and down at a diagonal angle, allowing rock chips to be deposited in the chute and through the screw conveyor onto the TBM belt conveyor. To keep up production rates in both modes, the Robbins Torque-Shift System is used: a two-speed gearbox that enables efficient tunneling in hard, mixed, or soft ground.

The Eşme-Salihli Railway Tunnel is part of the Ankara-İzmir High Speed Railway Project for the Turkish State Railways (TCDD). The 508 km (316 mi) line will eventually connect Polatlı in Ankara Province to Izmir, the third most populous city in Turkey, surpassing the Istanbul-Ankara High-Speed Railway as the longest rail line in the country once complete. The double-track railway system will convey passengers at top speeds of 250 km/h (160 mph), completing the journey between the two cities in 3.5 hours—a journey that would normally take 6.5 hours by car.