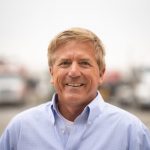 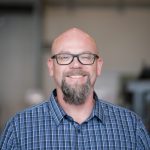 Midwest Mole Inc., a premier specialty underground contractor providing boring, trenchless tunneling and directional drilling services throughout the Midwest and beyond, has announced that CEO and second-generation owner Dan Liotti is retiring.

Dan joined his father’s company Midwest Mole after graduating from Purdue University in 1985 with a degree in Civil Engineering. “I worked full time in the office, helping with accounting,” he recalls. “I learned estimating and helped in the shop.” As he learned the business and climbed the ranks, the company grew.

Shortly after his father Len retired in 2007, Dan purchased the company. As the times and technology changed, Dan adjusted within Midwest Mole accordingly. In keeping with one of the company values to work smarter, Liotti continued to introduce newer technology.

“Dan pushed technology – in equipment and techniques,” says Jason Miller, President. “The ability to make new technology work is what made us successful. That and a willingness to take chances.”

Ownership of the family business founded in 1982 by Len Liotti will be transferred to an Employee Stock Ownership, in which the company’s employees own shares. “It’s 100% employee-owned,” states Miller. An ESOP is a kind of employee benefit plan, similar to a profit-sharing plan, providing advantages for growth and employee retention without alteration of the management structure.

The change of ownership is expected to be a seamless transition for clients and vendors, as the company continues to focus on providing cost-effective and environmentally friendly trenchless solutions, working safely, and creating a welcoming work environment.

To reflect these changes, Midwest Mole has refreshed its goals and mission statement and adopted new branding, which includes an updated logo and visual identity. The employee-owned company remains committed to long-standing industry relationships and delivering quality work in the demanding world of tunneling, building on their decades of experience to expand services geographically as part of their plan of growth for the future.