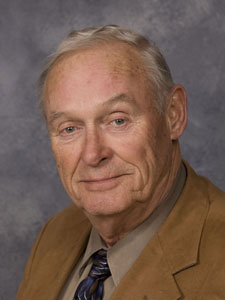 Martin “Dutch” Vliegenthart, vice president and Midwest region operations manager for J.F. Shea Co. Inc., passed away on Jan. 9, 2013.  Vliegenthart spent a half-century in the industry, successfully completing more than 55 miles of tunnel in roles that ranged from miner to executive, and as a result of his excellence in the industry was honored with the 2010 Golden Beaver Supervision Award.

He was born in 1940 in the Netherlands, where his family was involved in the marine shipping industry, in which he worked as a deckhand, engineer and first mate. After graduating from Marine College in Rotterdam, Vliegenthart moved to Ontario, Canada, in September 1959, where he found employment as a laborer and a miner.

In 1961, he accepted a position as foreman of a nickel mine in Manitoba. In 1964, he moved to Stewart, B.C., and took a job with Newmont and Asar Co. on its Granduc Mine Railroad Tunnel project. Several production world records for drill-blast tunneling were set on that project in 1966 that still stand today – best day: 115 ft; best week: 601 ft; best month: 2,320 ft.

In 1970, Vliegenthart moved to Denver to join Harrison Western Corp., where he was a superintendent, project manager and operations manager for 17 years on hydro projects, underground powerhouses and railroad tunnels nationally and internationally. In late 1983, Vliegenthart moved to Milwaukee to work on the Jones Island Siphons, the first project of the Milwaukee Deep Tunnel Project. The Jones Island Siphons consisted of three frozen shafts and twin 10-ft diameter tunnels going under the Milwaukee River.

After successfully completing the siphon project, Harrison Western completed the Crosstown 1 project that consisted of 3 miles of the Deep Tunnel. In 1987, Vliegenthart accepted a position with J.F. Shea to construct the first successful earth-pressure balance tunnel in Milwaukee. From 1983 to 1993, he supervised and managed several projects for the Deep Tunnel program that comprised 30 frozen shafts into rock and the construction of about 12 miles of tunnels ranging in diameter from 10 to 23 ft.

When the Deep Tunnel program went online in 1993, Vliegenthart moved to the East Coast where he worked on several joint venture tunnel projects in New Jersey, New York and Massachusetts. Once project was a JV with Schiavone Construction and as the first successful water tunnel driven by a hard-rock TBM in New York (4,000 cutters in 5 miles).

Vliegenthart returned to Milwaukee to manage a 7.5-mile, 22-ft diameter tunnel with 11 shafts and underground structures for the joint venture of Shea and Kenny Construction (best daily advance: 329 ft; best mile advance: 24 days). The project came in $11 million under budget. 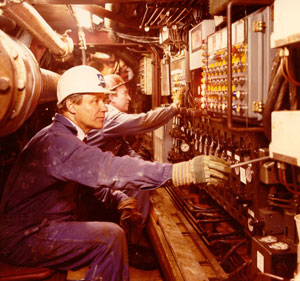 He was born Nov. 2, 1927 in Gielow, Germany, and served as an anti-aircraft gunner from the age of 14 (which was required) until the end of WW II.  Upon graduation from high school in Lübeck, he attended university and received his Diplom Engineer in Civil Engineering in Stuttgart, Germany.

His first job with the contractor, Grün & Bilfinger in Wiesbaden, Germany, not only led him to his future wife, Sybille, but also his first expat assignment as Section Manager on the project “Bridge of Lake Maracaibo.”  Upon completion of the construction works in Venezuela in 1962, he began work at the Tesch Company in West Berlin, where he later served as the CEO.

In 1969 he began working for Hochtief AG in Frankfurt.  It was here where he first got in contact with mechanized tunneling and was fascinated by it.  Thus he became one of the influential personalities of this still young and developing technology.  In 1979 he was named Director of the Hochtief Central Underground Department in Essen, Germany.  His focus was mainly on international projects, several of which are still valued as key developments in the industry.  In 1987 he was awarded the title of “Honorary Doctor” for his achievements in the underground industry by the Technical University of Aachen (RWTH Aachen).  In 1991, after a short stay at the Hochtief branch office in Hamburg, he jointly started an engineering and consulting company in Lübeck-Travemünde where his connections and expertise led the way for the company’s steady growth in the international business of tunneling.  In 2004 he retired from the executive board, yet always remained available for advice.

His hobbies included rowing and sailing.  His positive outlook on life and creativity will be missed by his family, friends and colleagues.