You are at:Home»News»‘Project Connect’ Transit Plan Passes in Austin, Texas 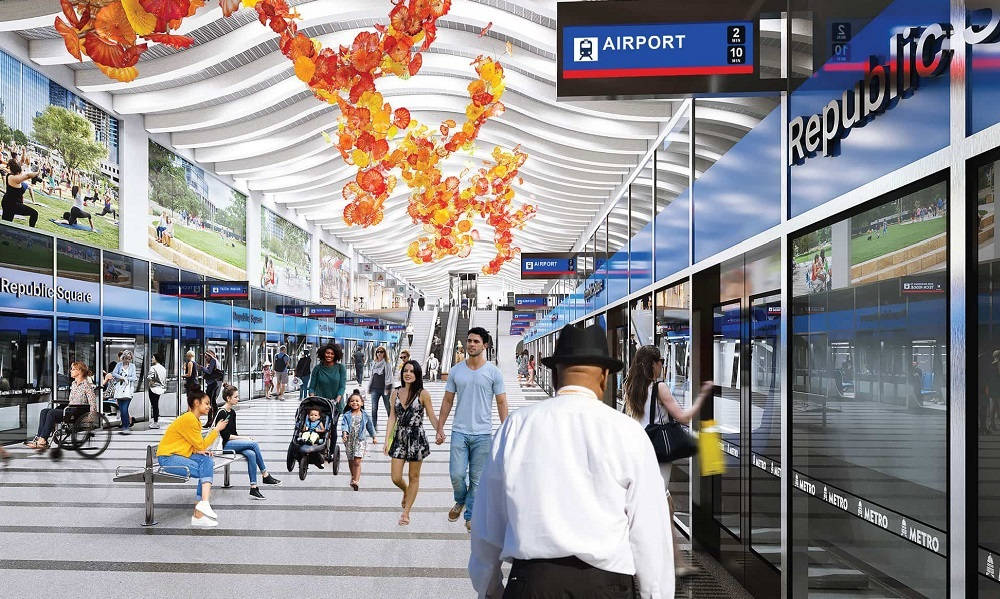 On Nov. 5, voters in Austin, Texas, approved the $7.1 billion Project Connect transportation proposal. This proposal, which includes a 1.6-mile tunnel in the city’s downtown area, includes using property tax revenue to fund the project, with 45% coming from federal sources. The measure passed by a margin of 58-41.

Project Connect is to include:

The Downtown Transit Tunnel will separate proposed light rail service from street traffic, enabling faster, safer and more reliable travel through downtown. The new rail system will connect at underground stations at Republic Square and other downtown locations. These stations are planned to include such amenities as retail, restaurants, a transit store and service center.

The tunnel’s stations will provide connections to the new rail system and expanded bus service. In addition to a transitway, the stations will provide a new public space for transit customers and the larger community. The stations will be climate-controlled and are planned to include features such as public art installations, a performance venue for live music, shops, coffee shops, restaurants, free Wi-Fi access, comfortable seating, public restrooms and security cameras. Agents at the CapMetro Transit Store will serve customers with transit information and sell tickets for all services.

The initial investment includes 27 miles of rail service and 31 stations, including the downtown tunnel and stations.