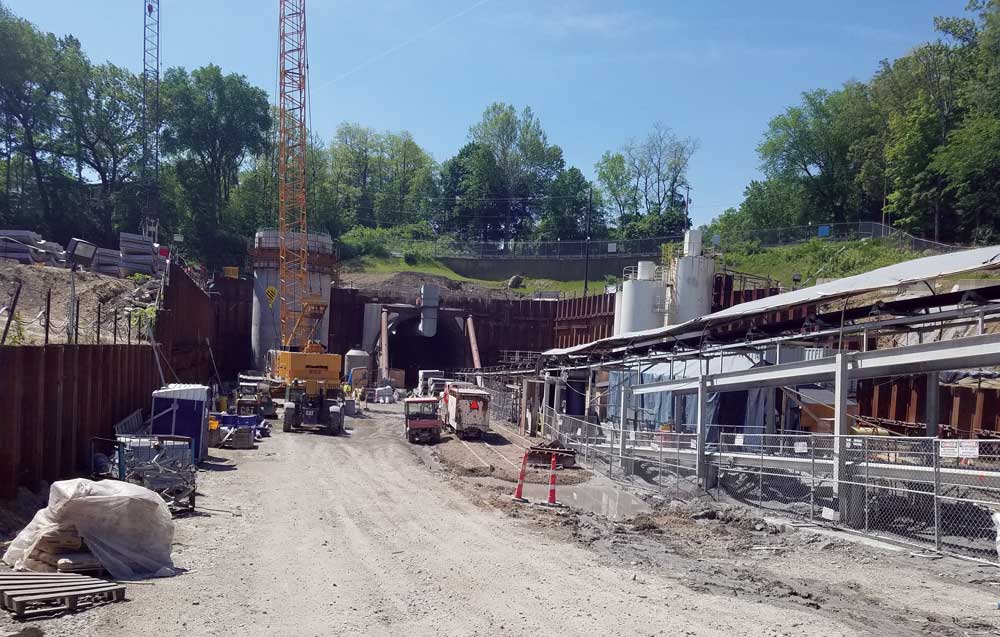 Each year in the August issue we highlight the winner of the Tunnel Achievement Award, which is presented by the organizers of the Breakthroughs in Tunneling Short Course in conjunction with TBM: Tunnel Business Magazine. This year’s recipient is the Ohio Interceptor Canal Tunnel in Akron, Ohio.

The project, constructed by Kenny/Obayashi JV, is unique in that it is the first use of a Robbins Crossover TBM in the United States. Starting from a portal at one end, the machine traversed three different reaches: one soft ground, one mixed face and one bedrock (shale). While there were lessons to be learned, the machine successfully navigated the varying geology and reached its endpoint.

The project team worked to adjust soil conditioning formulations and foaming agents during the drive to prevent clogging, and started seeing improvements along the way. Continued improvements in this area could open doors for more mixed ground tunnels, according to Elisa Comis of McMillen Jacobs Associates. Comis had a unique perspective on the tunnel, working as the TBM design engineer for The Robbins Company before joining McMillen Jacobs, where she tracked TBM performance for the course of the drive.

“I see great potential for mixed ground tunnels in the future,” she said. “Previously, alignments were selected to intentionally avoid this type of condition, but now owners feel more comfortable putting alignments in these situations. We are already starting to see more tunnels planned.”

Another interesting aspect of the project was the engagement of the public. Akron is a mid-tier city, about 200,000 residents, and the project represents a major investment for the city. Before the TBM launch, the city hosted a site visit where people could see the TBM up close and see first-hand how their rates are being spent.

Congrats to UCA of SME and the organizing committee for another successful Rapid Excavation and Tunneling Conference. The event was held June 16-19 at the Hyatt Regency in Chicago and was attended by more than 1,400 industry personnel and 200 exhibiting companies. TBM was proud to host a booth again this year and many thanks to all the people who stopped by to say hi. Next year, UCA will host its sister tunneling event – the North American Tunneling Conference (NAT 2020) – June 7-10 in Nashville, Tennessee.