January 11, 2018, marked the long-awaited closure of Seattle’s Alaskan Way Viaduct – the elevated section of SR 99 that is being replaced with a tunnel. Crews will need a few weeks to complete the transition to the new underground structure, so we decided it would be a great chance to reflect on the most talked about U.S. tunneling project in the last decade.

When the tunnel opens to traffic in February, it will mark nearly 10 years since then Washington Gov. Christine Gregoire finalized legislation that ended years of debate about the aging viaduct’s fate, and set the stage for a world-record breaking tunnel.

Editor’s note: All photographs in this special section are copyrighted and being published with permission of Catherine Bassetti.

The Alaskan Way Viaduct runs alongside the coast of Elliott Bay in downtown Seattle. Damage to the viaduct sustained during the 2001 Nisqually earthquake served as a wake-up call to Washington DOT (WSDOT) leaders – the aging viaduct, completed in 1959, needed to be repaired or replaced. Following a lengthy and sometimes contested planning period, Washington lawmakers voted to build a single, large-bore tunnel to house a double-deck roadway inside the tunnel for both northbound and southbound traffic. 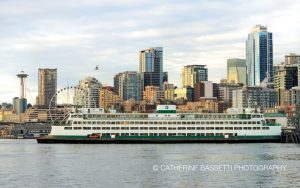 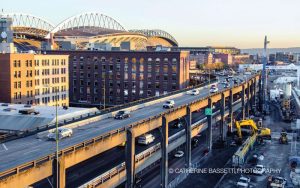 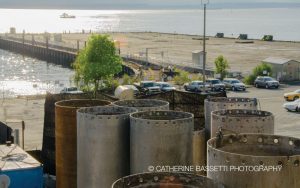 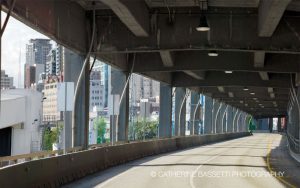 In December 2010, WSDOT selected Seattle Tunnel Partners, a joint venture of Dragados USA and Tutor Perini Corp., as the design-build contractor. The project comprised construction of more than 12,000 ft of roadway, including 9,270 ft of tunnel to be excavated by a 57.5-ft diameter EPB TBM – the largest in the world at the time. 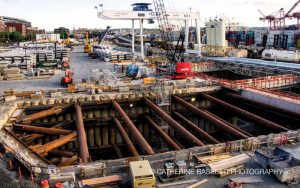 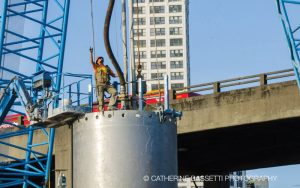 Construction got underway in 2011 with the TBM launch taking place on July 30, 2013, amid much fanfare. In December 2013, after excavating about 10 percent of the tunnel alignment, crews began to experience difficulties with TBM advancement, leading to an eventual shutdown and a repair plan that idled the machine for about two years. 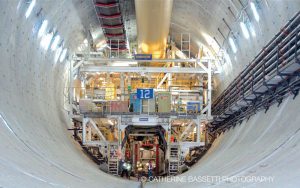 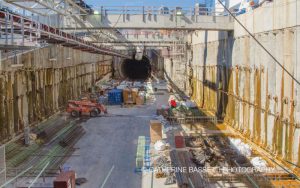 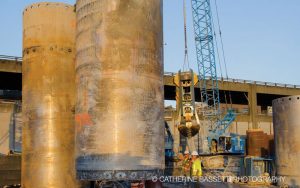 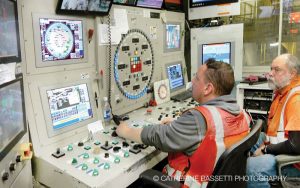 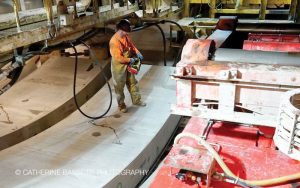 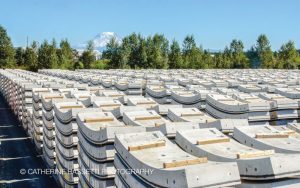 With the record-breaking machine (aka “Bertha”) stalled underground, the project team devised a plan to build a “rescue” pit to recover the machine and allow modifications and repairs. Mining would not resume in earnest until February 2016. 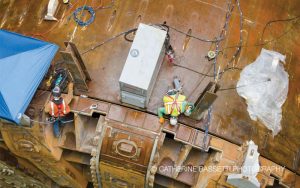 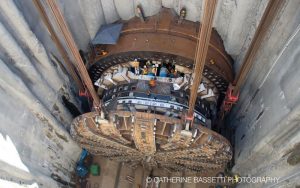 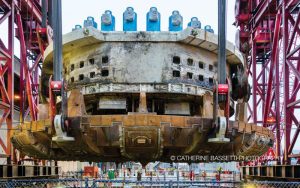 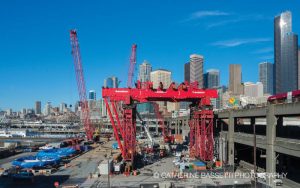 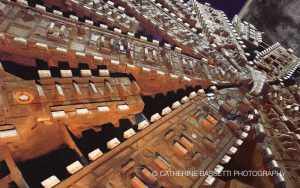 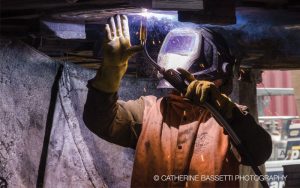 Upon resumption of tunneling, Bertha churned along as expected, breaking into the reception shaft near the Space Needle on April 4, 2017 – completing the largest TBM-built tunnel outside of Asia. The final piece of the 8,000-ton TBM was lifted out of the hole in August of that year, fully clearing the way for roadway construction. 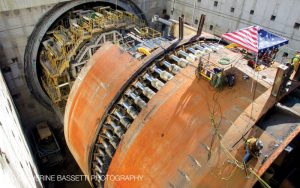 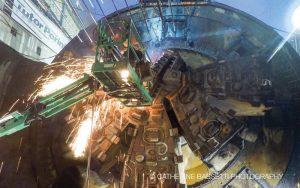 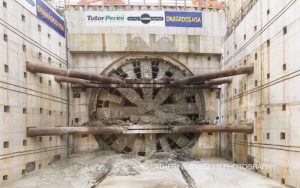 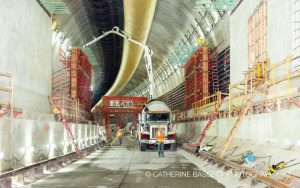 The opening of the SR 99 tunnel will allow the demolition of the viaduct and usher in a new era in the city’s rich history. The re-configured waterfront allows for a connected downtown and will serve as a model 21st century city. 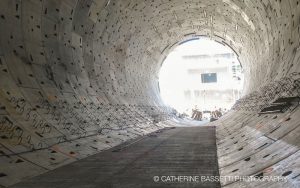 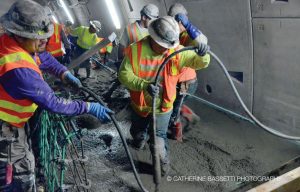 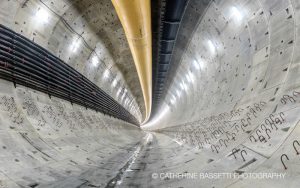 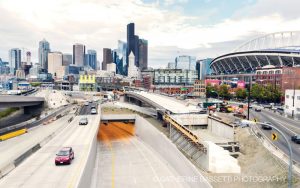 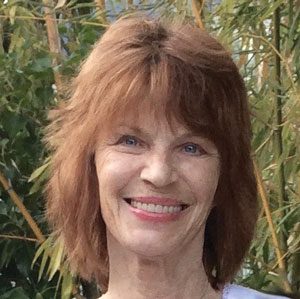 Catherine Bassetti began her career in Madrid, Spain, as a commercial photographer and photojournalist.

As a native of Seattle with family roots in the city’s architectural heritage, Catherine was the on-site progress photographer/videographer for the SR 99 Seattle Tunnel Project for the past five years.

Bassetti Photography is a certified DBE firm based in Seattle, Washington, and available for contracting in the United States and abroad.

For more information or to purchase photos, contact Bassetti Photography at www.bassettiphotography.com.