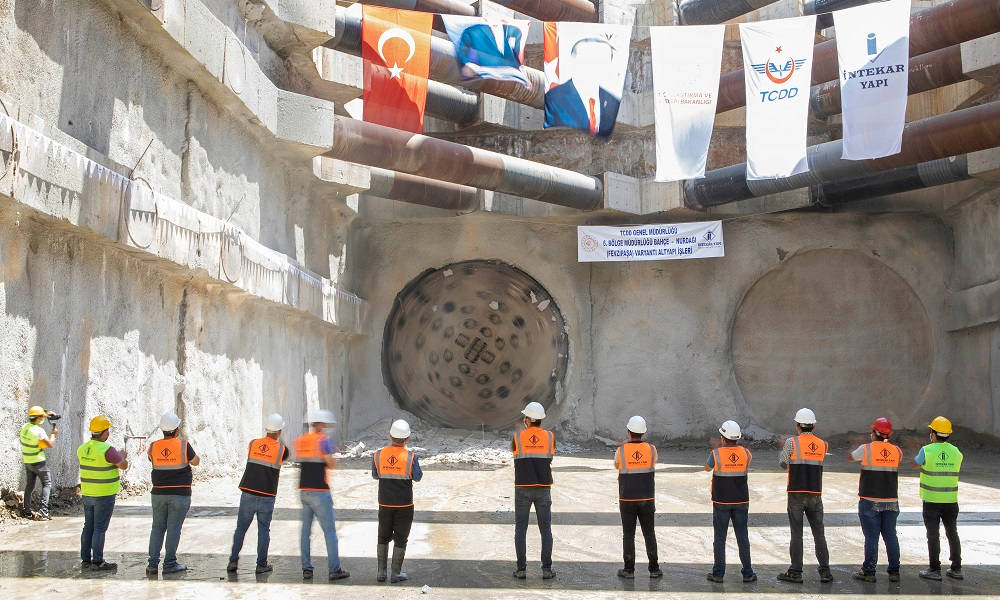 On July 24, 2020, a jubilant ceremony marked a milestone for southern Turkey’s arduous Bahçe-Nurdaği High-Speed Railway Tunnel. The first TBM-driven portion of tunneling using an 8.0 m (26.2 ft) diameter Robbins Single Shield machine is now complete. The 8.9 km (5.5 mi) long TBM tunnel was no easy bore, as it was excavated through some of the hardest and most abrasive rock ever encountered in the country.

“We are proud of the TBM crew who acted rapidly and were well organized to overcome the challenging ground conditions with a unique Single Shield TBM for the completion of the first tube of the Bahçe-Nurdağı Railway Project,” said Deniz Sahin, TBM Chief for contractor Intekar Yapi A.Ş.

Ground conditions during tunneling ranged from abrasive, interbedded sandstone and mudstone with quartzite veins to highly weathered shale and dolomitic limestone. The TBM encountered rock measuring between 136 and 327 MPa (19,700 to 47,400 psi) UCS. Water ingress with fines was expected in fault lines and shear zones affected by the East Anatolian Fault.

“The TBM became stuck in three different fault zones, which we got through by building bypass tunnels. In smaller fault zones, we encountered excessive material flow and the TBM had to be stopped, while ground had to be stabilized with chemical injections while we cleaned the cutterhead,” said Sahin. Water inflows of 10 liters per second on average were removed using a dewatering system. 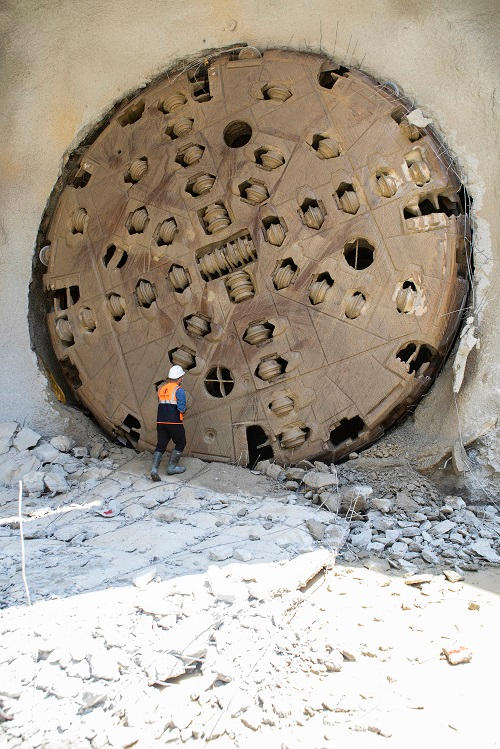 Despite challenges including bypass tunnels constructed in three fault zones, the Robbins TBM achieved up to 456 m (1,500 ft) advance per month.

The majority of tunneling, said Sahin, was in metasandstone with quartz, with an average of 220 MPa (31,900 psi) UCS and a Cerchar abrasion value of 3.87. In such regions, the TBM’s 19-in. back-loading disc cutters had to be changed frequently and there was high vibration. Despite the challenges, Sahin was impressed by the machine’s overall capacity: “The Robbins Single Shield TBM’s motor power, hydraulic power and cutterhead torque were quite strong. The secondary ventilation and air suction systems inside the TBM were powerful. The connections between the gantries, scaffolding systems, walkways and working areas were good.”

The owner, Turkish State Railways Directorate (TCDD), is aiming to overhaul the railway connection in southeastern Turkey by providing a shorter, faster route in one of the country’s busiest railway corridors. The new rail line between the towns of Bahçe and Nurdağı includes two parallel 9.8 km (6.1 mi) tunnels being excavated by both NATM (850 m / 0.5 mi) and TBM (8.9 km / 5.5 mi).