You are at:Home»News»Record-Setting Robbins TBM Breaks Through in Mumbai 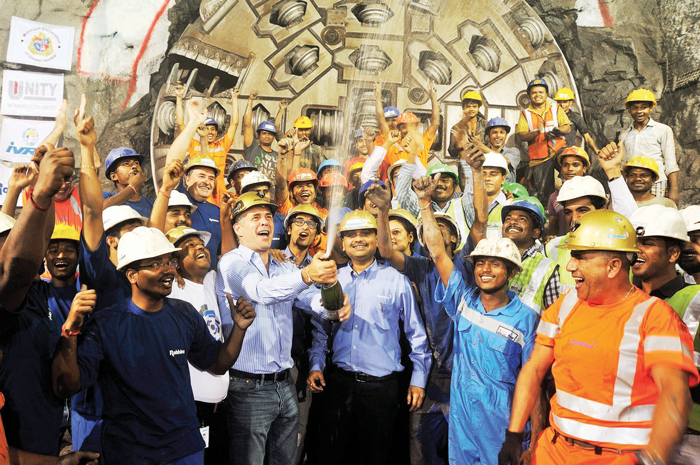 On Jan. 21, 2014, a Robbins Main Beam TBM completed one of the longest and deepest water supply tunnels in Asia, the Mumbai Water Tunnel. The 6.25-m (20.5-ft) diameter machine displayed excellent performance throughout the 8.3-km (5.2-mile) bore, and achieved impressive advance rates along the way.

Joint venture contractor Unity-IVRCL (UIJV) was pleased with the hard rock machine and the continuous support provided by Robbins during the project. Pravin Titare of Unity spoke to this, saying, “The Robbins TBM was good in hard rock, and we reached high rates of 870 m (2,855 ft) per month and 58 m (188 ft) per day, both records for TBM tunneling in India. We were able to achieve this due to the good performance of the machine and a conveyor system for muck haulage in place of conventional methods.”

Robbins provided both the TBM and conveyor system for the project, as well as field service personnel to monitor the equipment and assist with daily upkeep and inspection. “The Robbins crew helped us commission and start boring on schedule, and the Robbins TBM operators did a great and skillful job maintaining tunnel alignment. Because of this, UIJV received a good reputation toward our client Municipal Corporation of Greater Mumbai (MCGM),” Titare said. 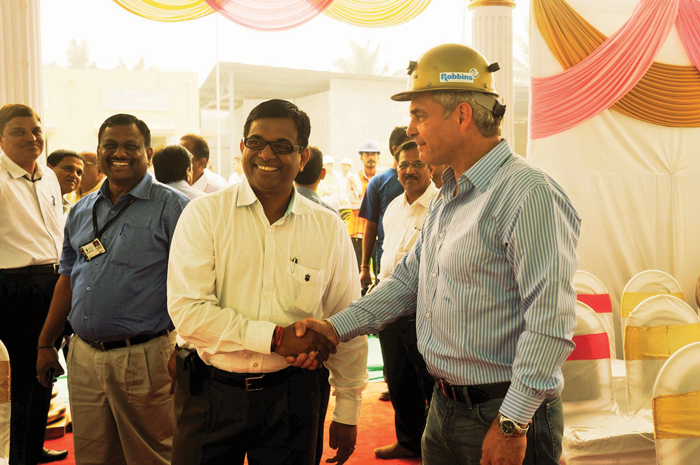 Contractor Unity-IVRCL was pleased with the TBM’s performance, and the support provided by Robbins for the duration of the project.

Although the machine was ultimately successful, it did experience its fair share of challenges during the 21-month bore. Difficult ground, including basalt rock, fractured ground and water inflows, was encountered throughout the tunnel. Bipin Arey of IVRCL spoke about overcoming such challenges: “The geology was particularly bad at times. Our team took all precautionary measures and advanced slowly. We maintained good ventilation throughout execution and utilized a good dewatering system.”

Now completed, the water transfer tunnel will provide Mumbai’s approximately 20.5 million residents with a consistent flow of clean drinking water, even during the seasonal monsoons that formerly contaminated the city’s water resources. 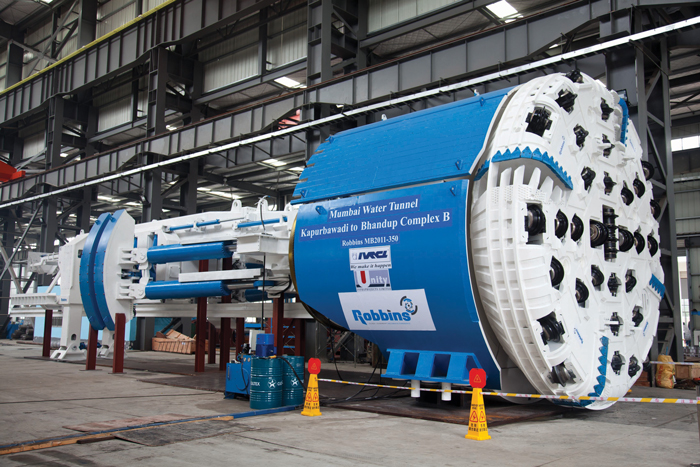 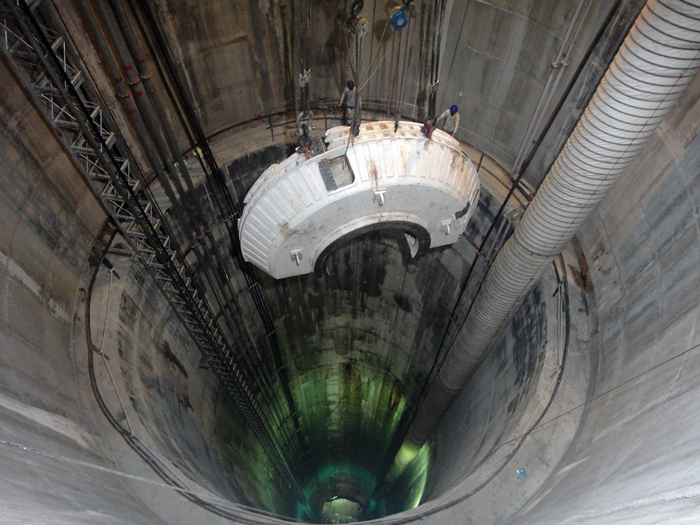