You are at:Home»News»International News»Siemens Joins Consortium for Underground Data Centers 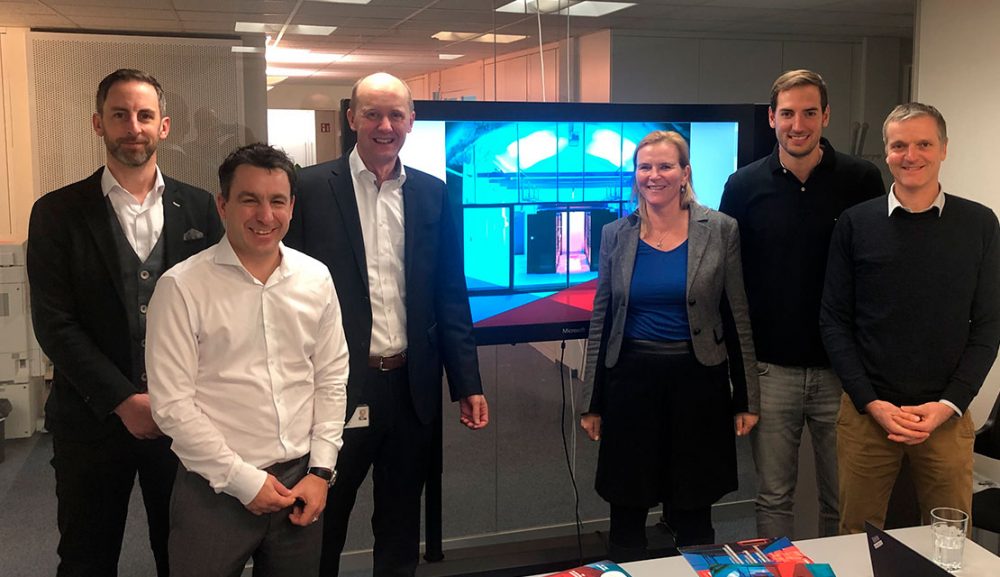 In autumn 2019, the prototype of a modularly designed data center, developed for underground installation, was presented for the first time in the Hagerbach Test Gallery. The project, led by the Swiss Center of Applied Underground Technologies (SCAUT) together with the industrial partners Datwyler Cabling Solutions and Amberg Engineering, aims to use underground space for edge data centers in order to be close and energy efficient to the end-user and to save the limited and expensive space on the surface.

The Smart Infrastructure unit of Siemens Switzerland Ltd. officially joined the consortium as the third industrial partner at the beginning of February. Smart Infrastructure focuses on the intelligent connection of energy systems, buildings and industries to improve people’s lifestyle and working conditions in infrastructures such as buildings. The company already has a great deal of expertise in the operation of sustainable energy systems. Since these are based on closed-loop technologies, they have a low carbon footprint. In the case of data centers, this applies particularly to energy consumption, energy storage and reuse.

A pilot project for the smart cities of the future

Automation, 5G, robotics, Internet of Things and artificial intelligence enable many new applications and business models, but already produce a large amount of data today. To ensure that these data can be processed efficiently and quickly on site, mini and micro data centers, so-called edge data centers, are already increasingly being used.

Cities and the urban areas of the future will have limited surface space. To overcome this constraint, the Swiss Center of Applied Underground Technologies (SCAUT) has developed the “Edge Computing – Underground!” concept as a pilot project and proof of concept.

The concept is to place a large number of data centers underground. This environment offers protection against the forces of nature and, thanks to the stable climate, high energy efficiency.

RELATED: Underground Data Centers for the Urban Spaces of the Future