You are at:Home»News»SR 99 Tunnel Now Open to Traffic 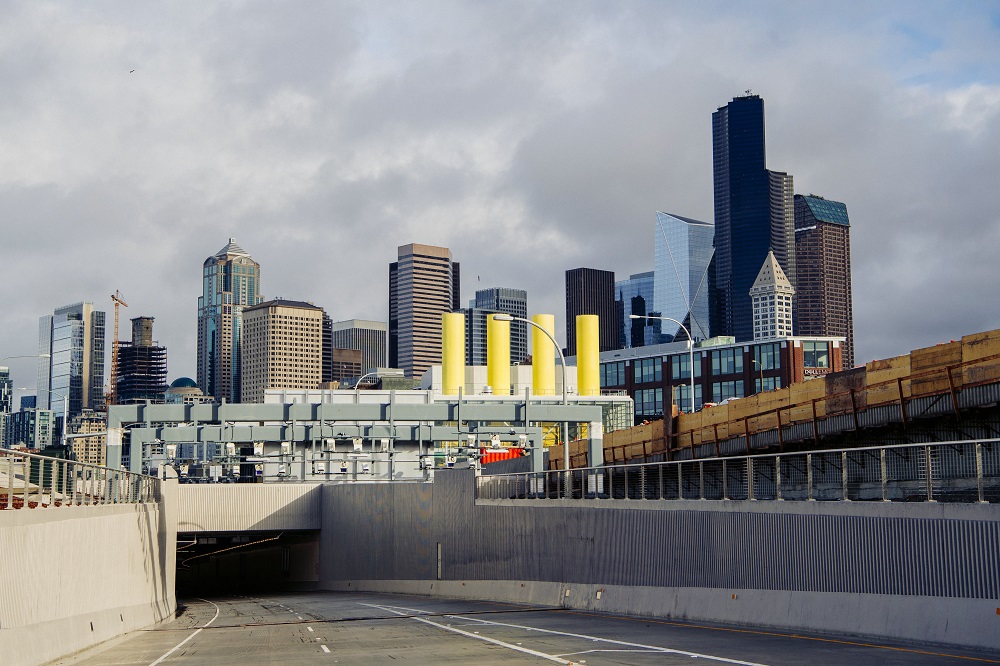 The party was over, but after more than 100,000 people spent the weekend saying goodbye to the viaduct and hello to the new SR 99 tunnel, one very important event remained: the opening of the tunnel to drivers.

Crews began the tunnel opening sequence at approximately 10:30 p.m. Sunday. By 12:15 a.m., all ramps to and from the tunnel were open to drivers. The one exception is the new northbound off-ramp to South Dearborn Street, near the stadiums, which will take crews another one to two weeks to complete.

Some intersections at the tunnel portals opened Sunday afternoon, including the intersections at South Dearborn Street, and the northbound entrance to SR 99 from Harrison Street. The new connection from Alaskan Way to East Marginal Way South also opened on Sunday. Learn more about the new intersections in this post. You can also watch these videos to better understand how to use the new tunnel.

Travelers from the south will continue to face congestion until the new Dearborn ramp opens. Until it does, the last exit on northbound SR 99 approaching downtown will be at South Spokane Street. The next exit after that point will be at the north portal, near the Space Needle.

The tunnel is currently toll free. Tolling could begin as soon as summer 2019. Toll rates will range from $1 to $2.25 with a Good To Go! pass, depending on time of day. You can learn more about how tolling will work at WSDOT’s tolling page.