You are at:Home»News»International News»STRABAG Commences Expanded € 1 bn Contract for UK Mine 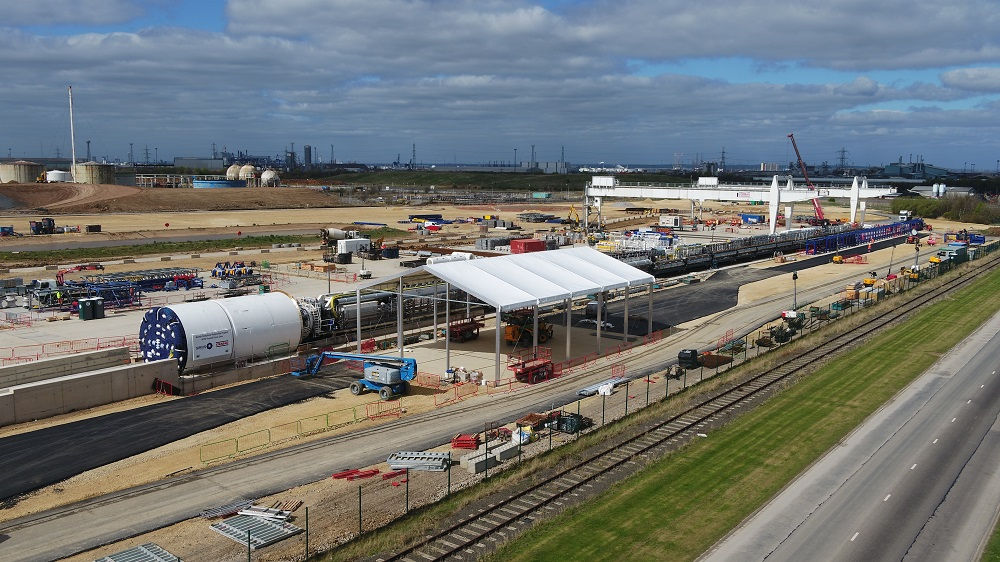 The European construction group STRABAG SE has been issued a notice of commencement to begin two further tunnel construction contracts (Drives 2 and 3) on behalf of York Potash Ltd. for its North Yorkshire Polyhalite Project. The two drives between the shaft at Lockwood Beck and the Woodsmith Mine will have a total length of 24 km and a depth of 360 m.

STRABAG had already commenced the design-and-build contract for Drive 1, a 13 km section from the tunnel portal at Wilton to Lockwood Beck in the first quarter of 2018. The total amount commenced to date is about €1.0 bn from the contract awarded to STRABAG, which also includes the construction of the underground material transport system, the contract for which will commence later this year.

Thomas Birtel, CEO of STRABAG SE: “We are proud of the commencement of the extensive tunneling contracts for Drives 2 and 3 and expect to continue working well with the customer. Sirius Minerals and STRABAG have partnered to find efficient solutions to the project’s technical requirements. This contract also proves that, despite the unclear Brexit situation, significant investments in the UK are still being made and we were right in our decision to continue to see this market as a European market.”

Underground Mineral Transport System: Facts & Figures
Polyhalite is a mineral which naturally contains four nutrients required for plant growth. Sirius Minerals, the parent company of York Potash Ltd., will extract and sell it as multi-nutrient fertilizer product POLY4. The Woodsmith Mine, located beneath a national park near Whitby in northeast England, is home to the largest polyhalite deposit in the world. The 37-km long tunnel and conveyor system will be used to transport the mined polyhalite to Wilton, Teesside, for further processing in an environmentally sound manner.

STRABAG will engineer, procure and construct the fit-out of the mineral transport system, which is designed to handle a throughput of up to 20 million t a year. The tunnel will also contain maintenance rail and services, including a 66 kV power feeder from the Wilton industrial complex to the Woodsmith Mine. The tunneling scope also includes the construction of the two launch caverns for the tunnel boring machines at Lockwood Beck and the Woodsmith Mine. Following the contract award for Drives 2 + 3 in September 2018 and the recent launch of Sirius Minerals’ Stage 2 Financing, work scope of the Drives 2 + 3 will begin shortly.

Since site mobilization in May 2018, the STRABAG team has already carried out a large number of infrastructural works in preparation of the arrival, assembly and commissioning of the first of a total of three tunnel boring machines. The first machine, weighing 1,775 t with a width of 6 m, was christened “Stella Rose” and officially launched on 12 April. The work completed so far covers 90 % of the planning services, a 300 m long tunnel ramp, a short start tunnel built using the sequential excavation method, and a production and storage facility for the tunnel lining segments.