You are at:Home»News»International News»Successful Re-use for Herrenknecht Borer in The Hague 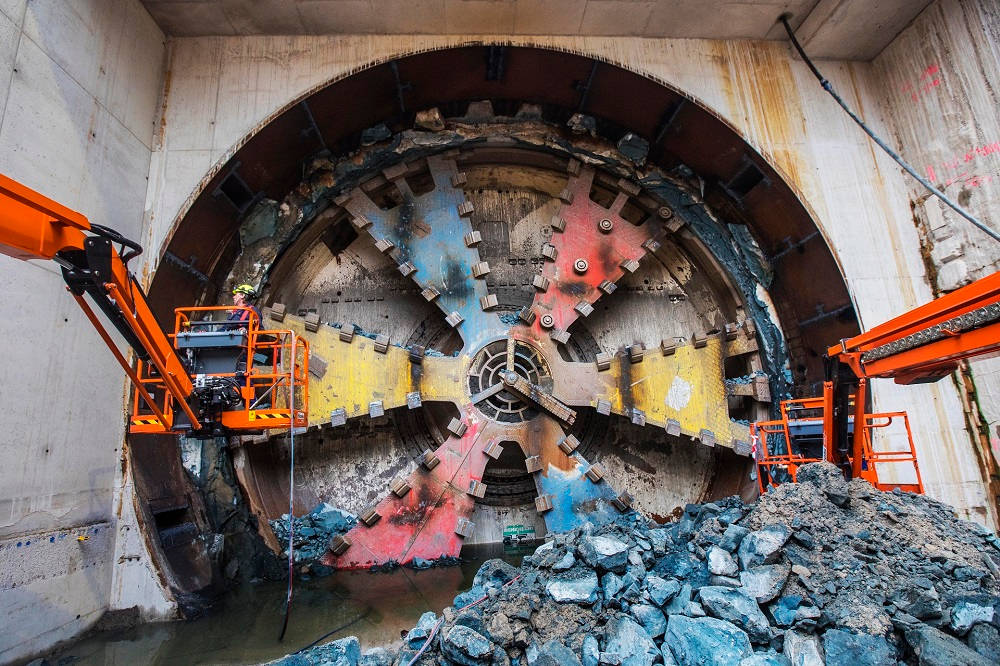 In January 2019 the final breakthrough took place for the Victory Boogie Woogie Tunnel, the underground section of the new Rotterdamsebaan road link. The new transport link is an essential infrastructure project for the greater The Hague area. (Photo: Frank Jansen.)

In The Hague, a refurbished tunnel boring machine (Mixshield, Ø 11,340 mm) has successfully excavated the twin tubes of the Victory Boogie Woogie Tunnel. After only 12 months, in January 2019 the final breakthrough took place near the city center of the Dutch coastal city. With a length of around 1,600 meters per tube, the tunnel section built using mechanized tunneling technology is the centerpiece of Rotterdamsebaan, the largest infrastructure project in The Hague.

Tunneling projects in the Netherlands face a special challenge: more than half of the country is below sea level. When mechanized tunneling technology was used to build the two approximately 1,600 meter long tubes of the Victory Boogie Woogie Tunnel, the project partners were able to draw on their experience with this challenging ground: between 2013 and 2015, the same Herrenknecht Mixshield had already excavated the Sluiskil Tunnel. Following professional refurbishment of the TBM at the Herrenknecht plant in Kehl, the machine has again proven its worth when reused for the new Rotterdamsebaan road link.

From January to July 2018, the more than 1,600 tonnes and about 80 meter long borer produced the first of the two 1,600 meter long road tunnels with an inside diameter of 10.15 meters. Following disassembly, return transport and reassembly, the site crew then quickly excavated the second tube between September 2018 and January 2019.

The reused TBM achieved outstanding advance rates of up to 16.9 meters per day at the tunnel project in The Hague. At the beginning of this year the Combinatie Rotterdamsebaan joint venture celebrated the final breakthrough. 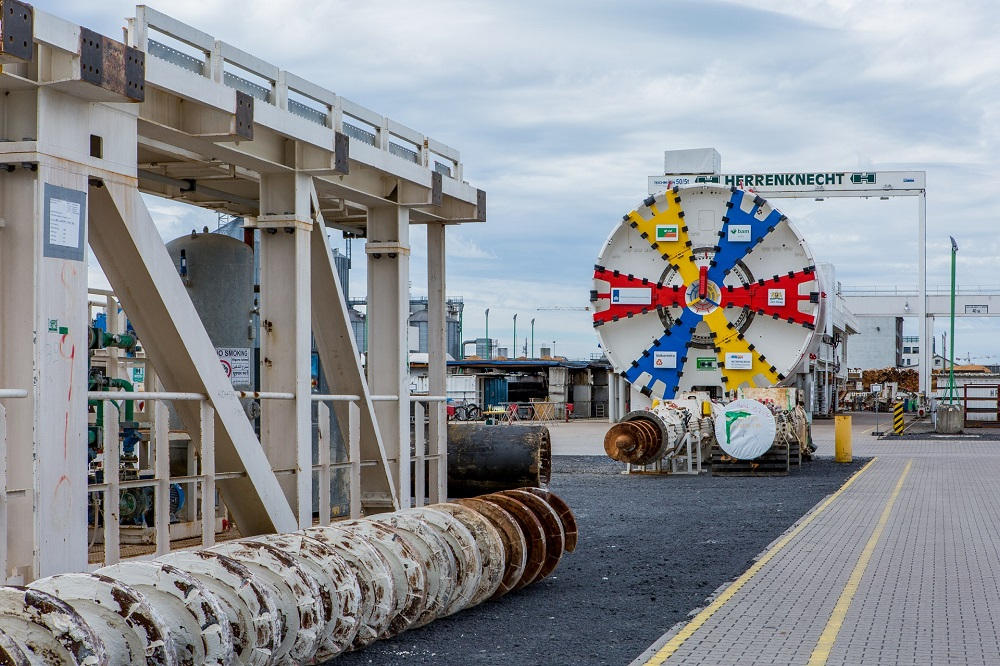 The Herrenknecht TBM in Kehl: here the machine was professionally reprocessed for reuse. This is economical, environmentally friendly and good for the carbon footprint of a construction project.

The project-specific machine design had already been adapted to the heterogeneous ground conditions with sand, silt and clogging-prone clay of the Sluiskil Tunnel. With an open spoke cutting wheel with direct material transport from the cutting wheel center as well as the optimally adapted slurry circuit, more than 3,200 meters of new tunnel have been created in Holland’s provincial capital in just 12 months. In a reference to Dutch painter Piet Mondrian’s work of art “Victory Boogie Woogie” from which the tunnel takes its name, the cutting wheel was painted in yellow, red and blue. Due to the low abrasiveness of the soil conditions, the colors were still clearly visible even after the final breakthrough.

Mixshields from Herrenknecht are specialized in tunneling through complex ground conditions, especially with high water pressures and very large diameters. In order to support an unstable tunnel face, this method uses a liquid medium or suspension, which is kept under a controlled pressure. When the support pressure corresponds to the surrounding earth and groundwater pressure, the necessary balance has been reached. This stabilizes the tunnel face, avoids uncontrolled inflow of soil into the machine and minimizes settlement or heave on the surface. A decisive advantage when the tunnel alignment runs through busy inner-city areas, as in The Hague.

The Victory Boogie Woogie Tunnel is an integral part of Rotterdamsebaan, a new road link between the Ypenburg interchange (A4/A13) and the ring road of The Hague. After commissioning in July 2020, the new road link will improve traffic for commuters in particular and significantly reduce congestion on the Utrechtsebaan and other traffic routes in the area.