You are at:Home»News»International News»Successful Reuse of AVN MTBM in France 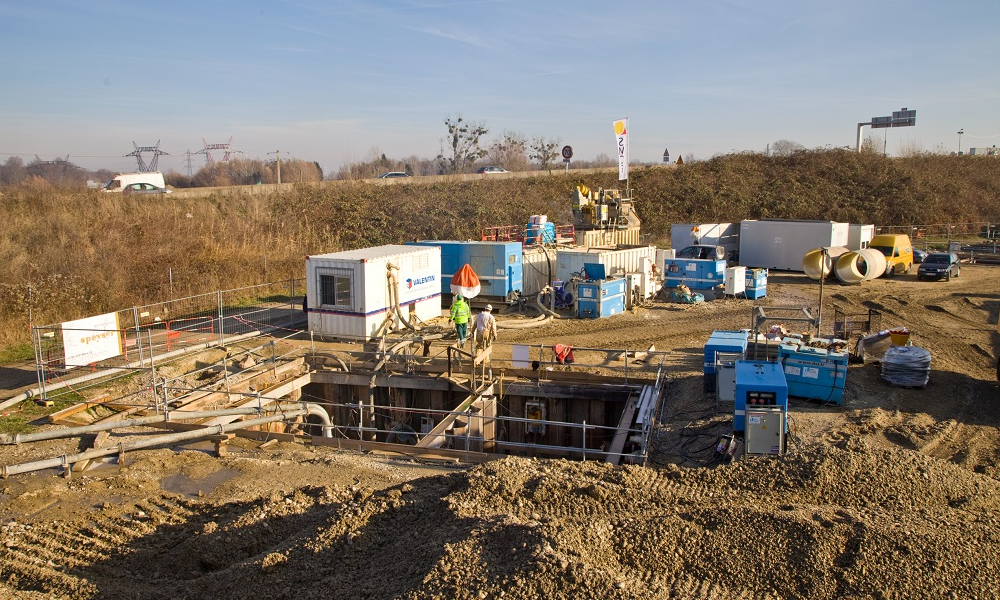 As part of a drinking water supply project in the French town of Plobsheim, near Strasbourg, pipe jacking was called upon for the installation of four underground runs of pipeline. The project involved connecting a well located in Plobsheim to the Strasbourg city drinking water system.

These sections were between 50 and 215 m long and ran under the groundwater level. The French contractors Valentin and SMCE Réha opted for a slurry-supported AVN machine from Herrenknecht due to the water-bearing ground conditions in coarse gravel and sand, typical of the plains in the upper Rhine valley.

Valentin and SMCE Réha have been working closely with Herrenknecht in Europe for more than 20 years, operating multiple pipe jacking machines and containers in their fleet. The AVN M-1188M has already been used in several projects. For the pipe jacking drives in Plobsheim, at Herrenknecht’s Schwanau headquarters the machine was comprehensively refurbished and adapted to the requirements of the project. The diameter of the AVN1200 was expanded from 1,505 mm to 1,740 mm and it was equipped with a new mixed-soil cutterhead.

“For challenging projects, we rely on high quality machine technology from Herrenknecht, which has proven itself again and again over many years. And for special requirements we often find solutions together,” say José Pereira, longtime site manager at Valentin and Guillaume Huntziger, site manager for SMCE Réha.

In Plobsheim, this partnership has proven itself once again: the longest drive at 215 m runs directly under a busy highway. In order to avoid damaging the road, pipe jacking operations had to be constant. Otherwise, if the TBM stands still for longer periods, minor heave or settlement can occur on the surface. In two-shift operation, the drive under the highway was carried out without interruptions. After less than a month, the machine finally reached the target shaft.

The experienced tunneling crew also mastered the three other drives successfully. By the end of October 2017, all 470 m of tunnel had been completed to the satisfaction of the client – the City of Strasbourg. Since the beginning of 2018, the new well has been connected to the pipeline network and supplies the inhabitants with drinking water.