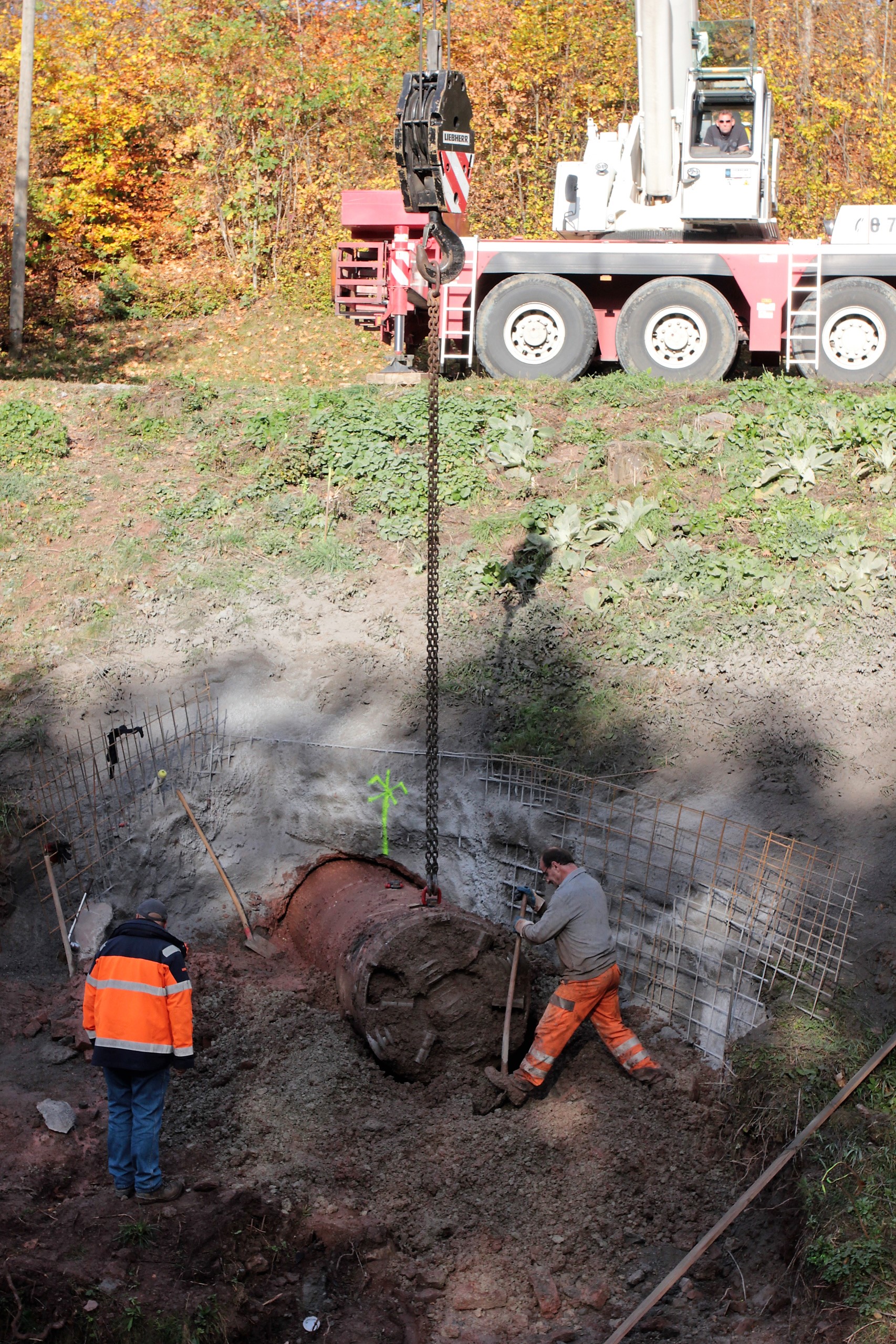 Tunneling was completed in 3 weeks..

Where cities grow, the infrastructure has to keep up. Such was the case in the Black Forest town of Freudenstadt, Germany, as a new residential area – “Sonnenhalde Süd” – required a drainage channel to carry excess rainwater.

To complete the task, specialist contractor Peter + Partner Rohrvortrieb was hired by the city to construct the 146-m long channel using a Herrenknecht machine M-2176M with an OD of 1.1 m. Because the nearby Manbach stream is separated from the new residential area by the main train station, several tracks had to be crossed. A gradient of 4.5%, was an additional challenge.

The 75-kW machine crossed through talus material consisting mainly of layered red sandstone. The AVN800XC tunnel borer with a mixed cutterhead is suitable for heterogeneous soils and, with its slurry-supported excavation concept, can be used for safe tunneling in ground conditions of all kinds. The tunnel was lined with 3-m long reinforced concrete jacking pipes (DN 800, DA 1100).

After 3 weeks of tunneling, the Herrenknecht machine reached its destination at the foot of a slope in late October and was lifted out of the excavation pit by a mobile crane. Precipitation can now be discharged via the municipal storm sewer system into the Manbach drainage channel. If needed, the runoff can be directed to a new stormwater holding tank and released into the channel at a slower pace.

With the completion of the construction project, the sewage network in Freudenstadt was thus expanded appropriately and adapted to the needs of a growing city.