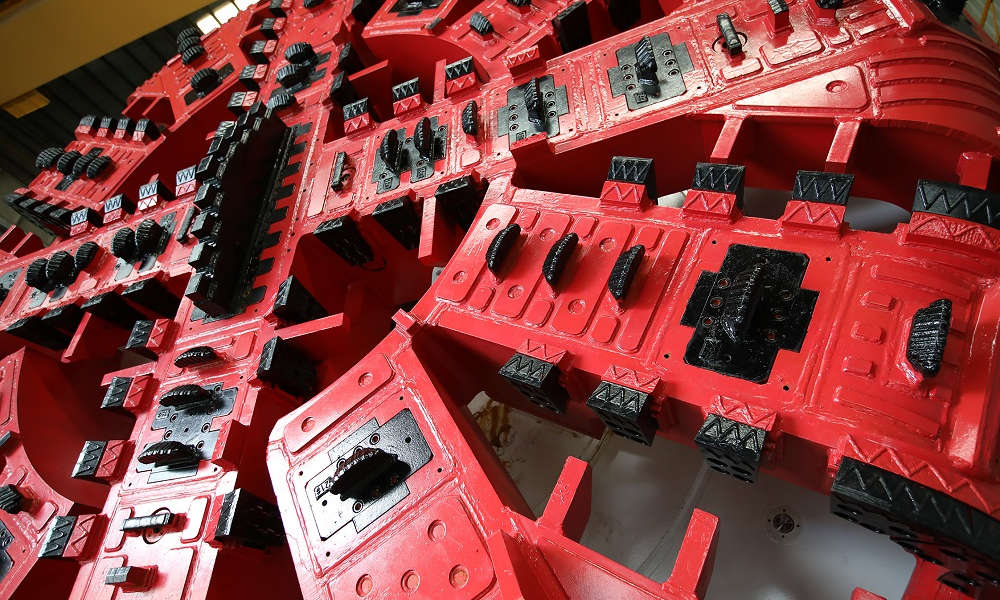 TERRATEC delivers two more TBMs that will be used by Tata Projects Ltd. for the Chennai Metro Rail Phase-II Corridors in India

TERRATEC marked its latest milestone on the Chennai Metro Rail project in India with the delivery of the third out of five ordered 6.61m diameter Earth Pressure Balance Tunnel Boring Machines (EPBMs) for the project. Contractor Tata Projects Ltd. will use these machines for its underground works contracts on Chennai Metro Rail Phase-II Corridors India.

The new TBMs will be used on Chennai Metro Rail tunneling contract for Chennai Metro Rail Limited (CMRL) to build Phase 2 – Corridor 3, from Venugopal Nagar Station to Kellys Station. The work involves the construction of 18 km of bored tunnels. TERRATEC is proud to be providing five out of the seven TBMs required for the package.

Being the leading TBM supplier for Chennai Metro Rail Project, TERRATEC started rolling out the TBMs earlier in the year. The first TBM S96 has been delivered on-site and is being assembled. While the second TBM S97 is on the way and due to arrive soon. The third TBM S98 has recently completed its FAT and been dispatched. 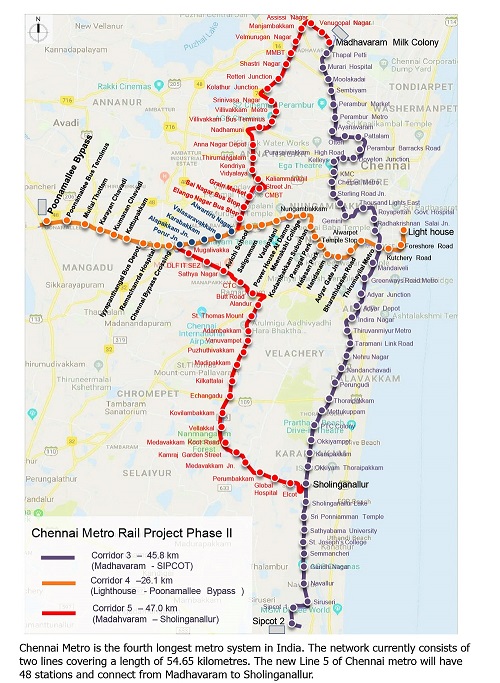 These TBMS will start excavating in the coming months and the field service team is on-site having started the pre-assembly work. Once all the 3 TBMs are assembled, they will start digging for the 15 km tunnels for Package TU-01.

The TBMs will start excavating from the TBM Retrieval Shaft near Venugopal Nagar (of Line-5) to Kellys Station. The project includes the construction of diaphragm walls and entry & exit structures of Madhavaram Milk Colony Station, Murari Hospital Station, Ayanavaram Station and Purasaiwakkam High Road Station, including the launching and retrieval shafts at the above stations. Major challenges of the project will include tunneling beneath historical structures in built-up areas.

The TERRATEC TBMs have versatile mixed-ground dome-style cutterheads that have proven to work extremely effectively in mixed geology – which includes mainly sand, silt, clay on the tunnel drives with approximately 10% weathered rock. 1,400mm wide by 275mm thick universal reinforced concrete lining rings will be installed as the TBMs progress which consists of five segments plus a key.

Machine operation will be assisted at all times by TERRATEC’s highly-experienced Field Service staff, providing quality after-sales support to ensure optimum performance and successful project completion.
Large-scale urbanization with the rapid growth of the vehicular population has laid severe stress on the urban transport system in Chennai. As a result, the government of Tamil Nadu has decided to implement the Chennai Metro Rail Project. This project intends to offer the people of Chennai with a fast, reliable, convenient, and economical way of public transport. The project is on a tight schedule and is anticipated to be completed in about four years.