You are at:Home»News»International News»Trelleborg Partners with CCCC Fourth Harbor Engineering 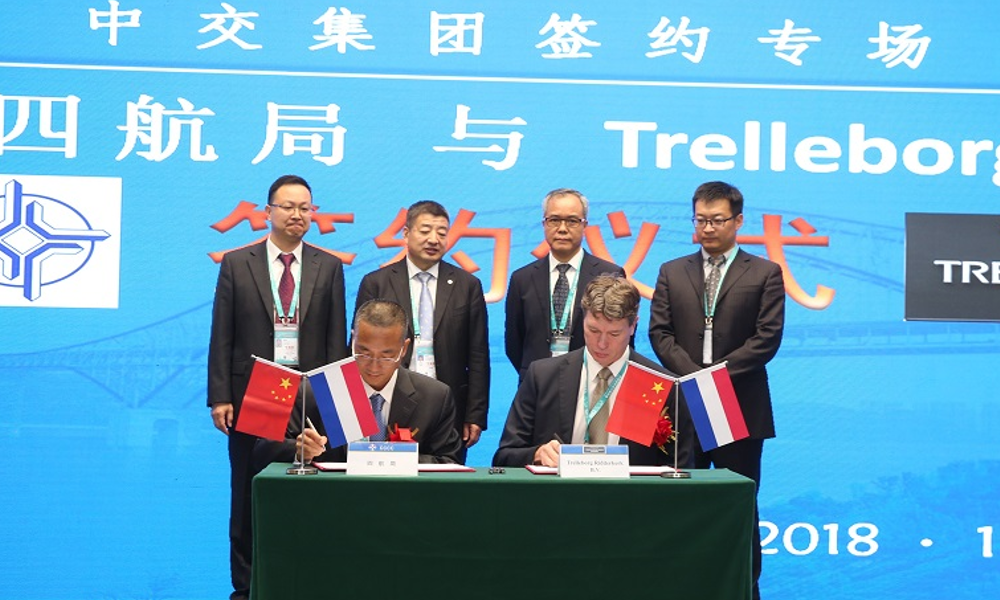 Trelleborg has signed a memorandum of understanding (MoU) with Fourth Harbor Engineering, one of China’s largest infrastructure construction services institutions, and subsidiary of the state-owned China Communications Construction Company (CCCC). The MoU was confirmed during a signing ceremony during the China International Import Expo, held at The National Exhibition and Convention Center, Shanghai (Nov. 9).

The ShenZhong Link once completed will be the world’s widest immersed tunnel and similar in length to the recently opened Hong Kong-Zhuhai-Macau tunnel, which utilizes Trelleborg’s Gina gaskets and Omega seals between the tunnel’s sectional elements. While the 5,140-m Dalian Bay Immersed Tunnel once completed will be the world’s second-longest immersed tunnel.

Dai Liyun, Deputy Director of Fourth Harbor Engineering, says: “With Trelleborg’s unrivaled global track record in successfully designing and supplying sealing systems to many of the world’s most challenging tunnel projects, we had no hesitation in signing the MoU with Trelleborg – a natural progression of our existing relationship.”