You are at:Home»News»International News»VIP Wins Contracts for Major Tunneling Projects in London, Mumbai 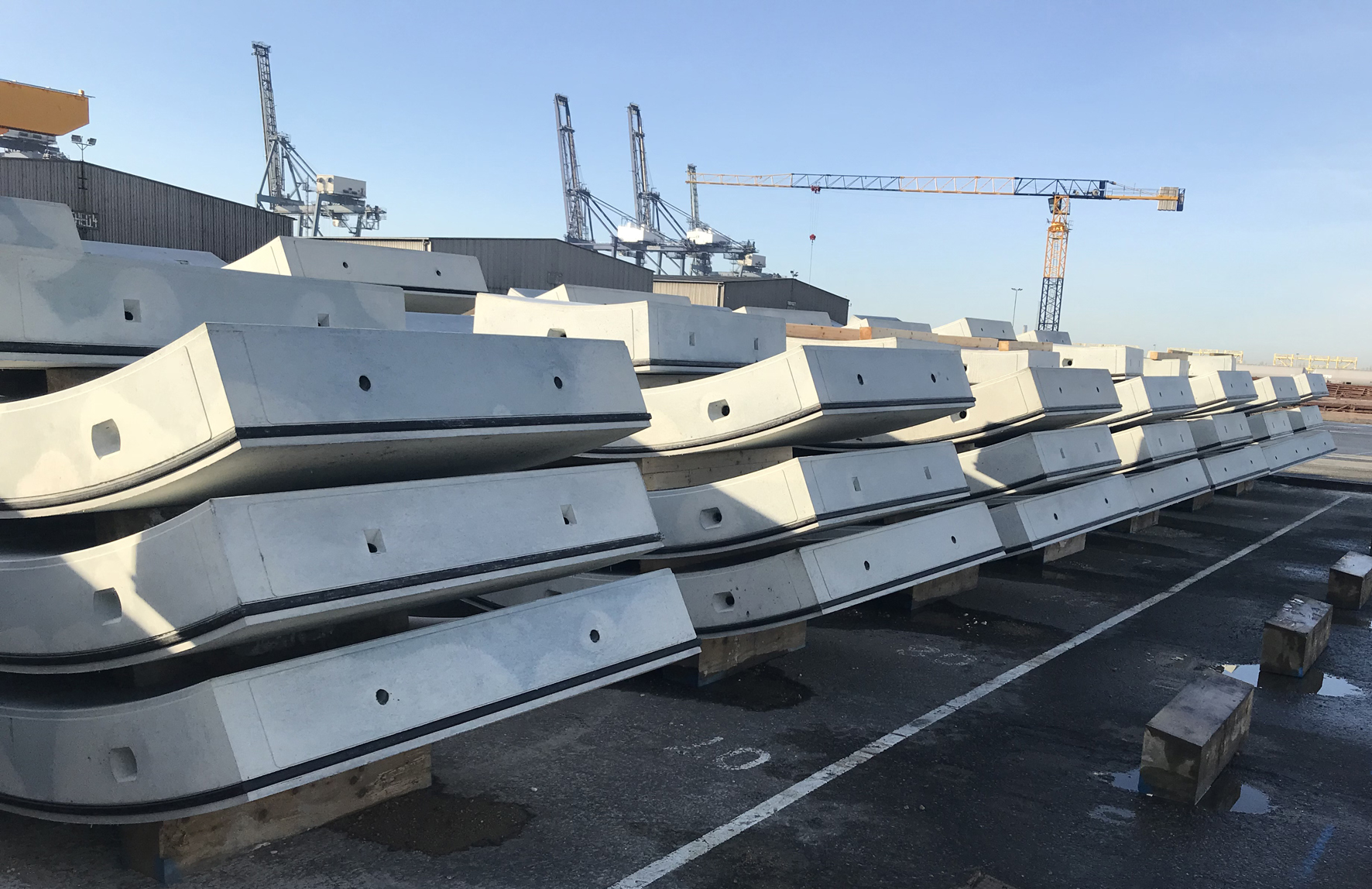 Tunnel segments for the Thames Tideway Tunnel with cast-in gaskets from VIP-Polymers.

VIP-Polymers Ltd. has won contracts to provide tunnel segment gaskets for two major tunneling projects, one in the United Kingdom and one in India.

The global specialist rubber seals and gasket manufacturer has been commissioned to supply its latest cast-in gasket for the 12.7-km Thames Tideway Central wastewater tunnel in London.

VIP, based in Huntingdon, Cambridgeshire, U.K., has also won a contract to supply tunnel segment gaskets for a project to extend the Mumbai Metro.

Matthew Levitt, VIP Technical Business Development Manager, said: “Our success with both projects demonstrates our ability to deliver a wide range of innovative products and technologies for supporting major water and transport infrastructure projects anywhere in the world.

“These are exciting tunneling projects that are vital to the sustainable development and growth of two great cities, and we’re delighted to be involved with them.”

Thames Tideway Central is the longest of three sections of a 25 km tunnel, due for completion in 2024, designed to prevent the discharge of untreated storm water and sewerage from 34 combined sewer overflows into the tidal River Thames.

VIP is supplying its cast-in gasket referenced VIP028CI with patented corners to tunnel segment pre-caster Pacacar for the section, which will be 12.7 km long, with an inner diameter of 7.8 m. Supply commenced in December 2017.

A consortium made up of Ferrovial Agroman and Laing O’Rourke (FLO JV) is the main contractor for the central section, which runs from Fulham to Blackfriars and will have 6,100 tunnel segment ring sets.

VIP’s compliant compressible corner technology for cast-in gaskets delivers consistent load performance along the entire perimeter of the gasket. This eliminates the risk of high loads at one or more of the gasket’s corners during installation, which could contribute to segment cracking.

The technology has already been proven on other tunneling projects, including the 5 km Shieldhall wastewater tunnel in Glasgow, commissioned by Scottish Water.

The project involves the construction of a 4.5 km twin tunnel, with an outside diameter of 6.6 m, requiring a total of 17,800 tunnel segment ring sets.

Production of the glued-in gaskets selected for the tunnel has already begun at VIP’s factory in Huntingdon.

This latest contract continues VIP’s long-standing position as a major supplier of TSGs in India, having previously supplied four phases of the Delhi Metro project and the Ghatkopar High Level Tunnel in Mumbai.

Levitt said: “The gasket has been specifically developed as a modification of our VIP024 gasket to provide additional sealing assurance sought by project engineers as the tunnel passes under the Mithi River.”