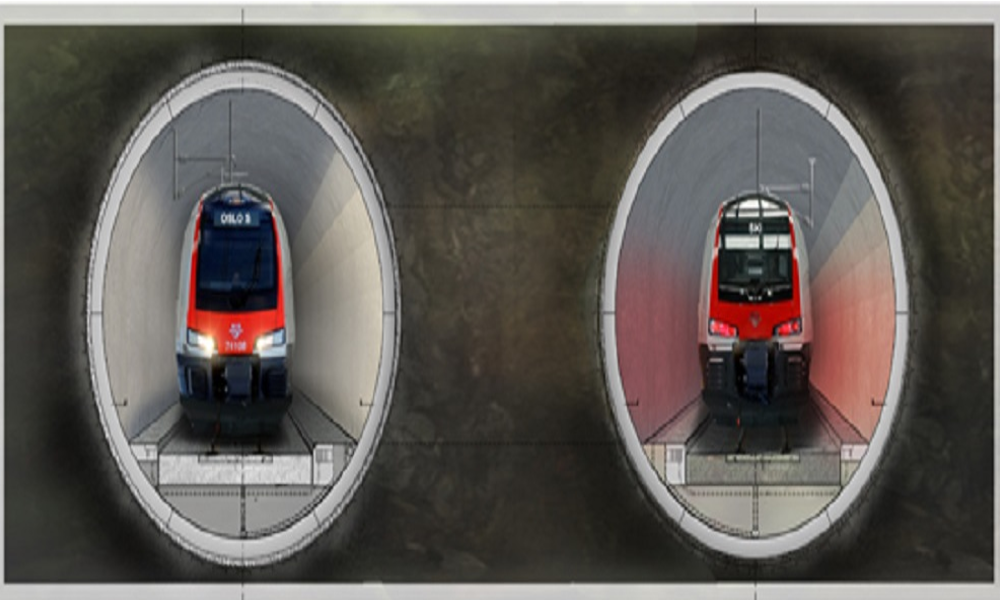 The ACCIONA Ghella joint venture (AGJV) has now completed 66% of the tunneling for the construction of the twin 19.5-km high-speed tunnel between Oslo and Ski, in Norway.

The four tunnel boring machines (TBMs), which are working simultaneously to construct the Follo Line project, are 150 m long and weigh 2,400 tons. The first TBM, Eufemia, started to work in September 2016 and it has excavated almost 7 km so far, 77 percent of her way to Oslo.

Ellisiv, another of the four TBMs, is following only 60 m behind.The average progress is 100 m a week per machine, getting ahead of schedule. On the other hand, the TBMs Anna and Magda are working continuously toward Ski, and they are also on schedule. They have excavated respectively 5.2 km (57%) and 5 km (55%).

In addition to the progress in the tunneling works, the manufacture of ring segments also advances. The number of produced tunnel rings in the precast factory is approximately 15,400. The total number of rings to be produced is around 20,236, that means approximately the 75% of the total production.

The Follo Line is the largest transport initiative ever undertaken in Norway. It is part of the interurban development plan for southeastern Oslo, which aims to improve and promote the country’s transport infrastructure. It includes construction of 22 km of rail line between Oslo and the new train station in Ski and is scheduled for completion by December 2021.

RELATED: Hard Rock TBM Takes Tunneling to the Next Level in Norway