You are at:Home»News»AECOM Appoints Sokoloski as Vice President of P3 Advisory Services 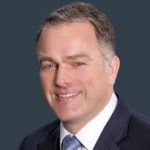 AECOM, the world’s premier infrastructure consulting firm, announced that Darren Sokoloski has been named vice president of public-private partnership (P3) advisory services for its Canada business. Sokoloski is based in the Vancouver region and is a seasoned infrastructure executive with a strong track record of building teams and delivering major projects. He will work with AECOM’s clients and partners throughout the country to foster an integrated owner-advisory team.

“We’re very pleased to have Darren join AECOM,” said Marc Devlin, AECOM’s regional chief executive, Canada. “As the leader of our P3 advisory practice, we will be able to leverage his extensive industry experience and business network to expand our footprint in Western Canada while also having him fully engaged in our work in other parts of the country.”

“I’m delighted to be joining a world class company like AECOM and to be working with a team of professionals who have established a compelling and highly valuable service offering for owners in the infrastructure sector,” said Sokoloski.

Sokoloski’s career highlights include his work as country director and president with Acciona Infrastructure where he oversaw all lines of business and rebuilt the company’s Canadian operations. At Bilfinger Berger, Sokoloski was the prime point of contact and leader on P3 project tenders for transportation, water, social infrastructure, regulated utilities and power sector contracts. Finally, during his time at Macquarie, he guided teams to secure P3 projects, managed client and partner relationships, directed qualifications development and bid submissions, handled commercial negotiations and oversaw due diligence.