You are at:Home»News»CG/LA names Northeast Maglev “Top Engineering Project of the Year” 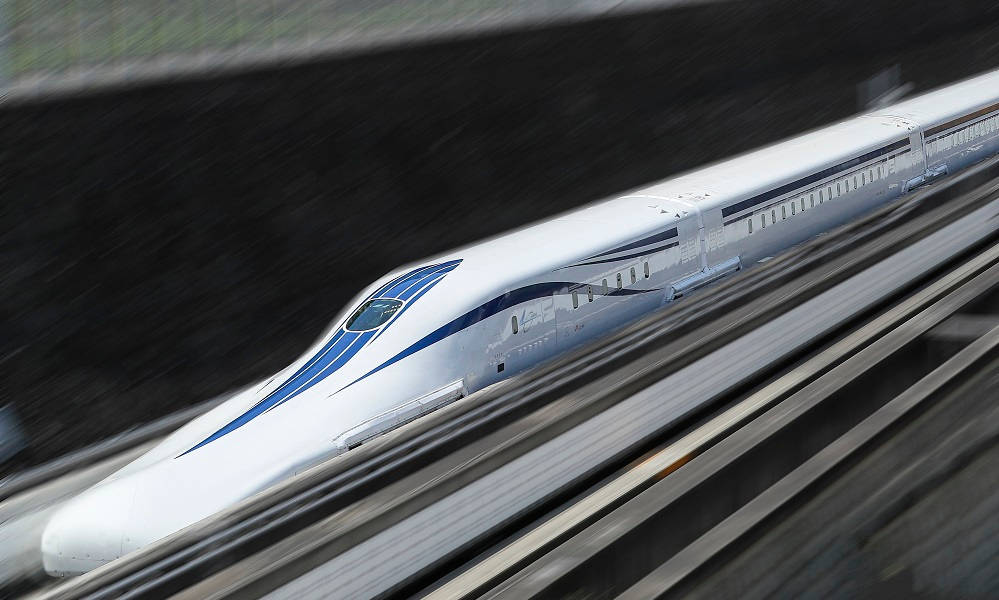 The Infrastructure Project of the Year Awards are presented each year at CG/LA Infrastructure’s Leadership Forum event.  This year’s awards, sponsored by Oracle Construction and Engineering, recognized projects identified as global models across five categories: Job Creation, Sustainability/Green Infrastructure, Finance/Funding, Engineering, and Strategic. After participating in the Leadership Forum’s “Top Rail Projects in America” panel earlier this week, Northeast Maglev was one of three projects nominated for “Engineering Project of the Year.”

“We are delighted to be named Engineering Project of the Year,” said Ian Rainey, Senior Vice President of Northeast Maglev, accepting the award on behalf of the project. “Getting focused on infrastructure right now is more critical than ever, and our company remains laser-focused on bringing this revolutionary 311-mph superconducting maglev train technology to the Northeast Corridor.”

Northeast Maglev will bring the world’s fastest ground transportation system – the Superconducting Maglev (SCMAGLEV) – to the Northeast Corridor of the United States, beginning with a 36-mile 15 minute trip from Washington, D.C. to Baltimore City, with a stop at BWI Marshall Airport. Ultimately, one-hour service from Washington, D.C. to New York City will be available.

“If we do not bring advanced transportation technology and new ways of thinking about transportation to the corridor, delays will only become worse,” CG/LA said in a press release. “The SCMAGLEV will revolutionize travel in the Northeast Corridor.”

On October 21, Northeast Maglev was named to CG/LA’s 2020 Strategic 100 Top North American Infrastructure projects lists. The listing was based on metrics including jobs created, infrastructure sectors, location and value, as well as qualitative data such as strategic and economic value, local benefit, sustainability and business generation.

The Project is currently under review by federal, state and local agencies as the Federal Railroad Administration (FRA) and the Maryland Department of Transportation-Maryland Transit Administration (MDOT-MTA) complete an Environmental Impact Statement (EIS).

Wayne Rogers, the Chairman and CEO of the Northeast Maglev said “We are honored to receive this award and have this global recognition joining the important support from many organizations in our region.”

The Draft EIS is scheduled to be released in the first quarter of 2021 and Northeast Maglev is continuing to work to engage members of local communities, listening to residents and addressing concerns while partnering with organizations that seek to maximize the environmental, social and economic benefits associated with bringing an ultra-high speed train to the region.