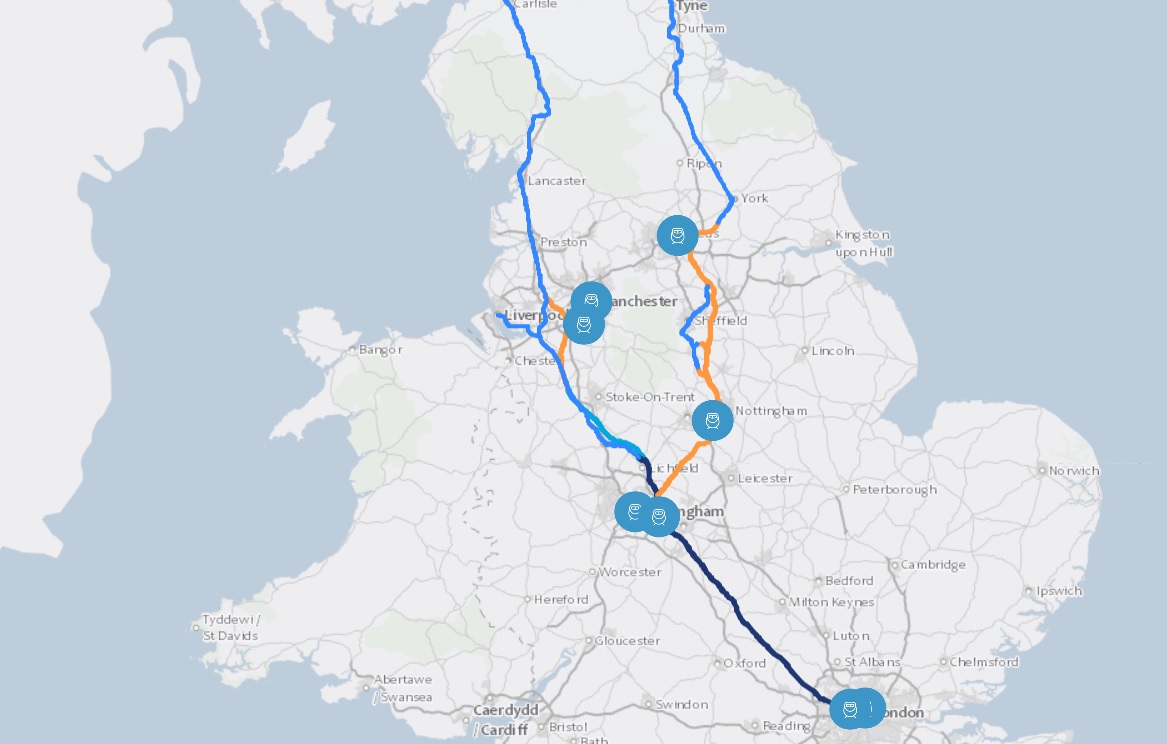 Balfour Beatty/VINCI JV and Skanska/Costain/STRABAG JV announced that they have been awarded contracts as part of the United Kingdon’s High Speed 2 rail project (HS2).  HS2 connects London with Birmingham, Manchester and Leeds in the north, with future plans to extend the network further. High Speed 1, completed in the mid-2000s, connects London and the Channel Tunnel.

Balfour Beatty/VINCI JV was awarded the contract for HS2’s main civil engineering works packages lots N1 and N2 in the United Kingdom on April 1. The award of the construction contract follows the successful completion of 2.5 years of design. Lots N1 and N2 are valued at about €5.75 billion.

Spanning on approximately 90km, the delivery of Lot N1 and Lot N2 will include an impressive number of engineering structures, tunnels and earthworks: 51 viaducts and boxes totaling over 14km and 76 overbridges, 7.5km of twin tunnel, 35 cuttings reaching over 30km, 76 culverts and other underbridges, 66 embankments reaching over 33km, 4 motorway crossings requiring box structures, and 6 interfaces with existing rail requiring both dive-under and overbridge structures. Lots N1 and N2 comprise a total of 1.8 million cubic meters of concrete and 32 million cubic meters of cut and landfill.

Work will start on site in summer 2020 with all the sanitary and safety rules that prevail according to the Covid-19 pandemic and would last 74 months. At the peak of activity, the project will employ 10,000 people.

The €1.28 billion contract involves the design and construction of major tunnels in the approach to the London terminus at Euston station. To date, the joint venture’s contract with HS2 Ltd has been to undertake scheme design and site preparation for the civil engineering work. The new contract, which is expected to complete in 2026, marks the transition to full detailed design and construction.