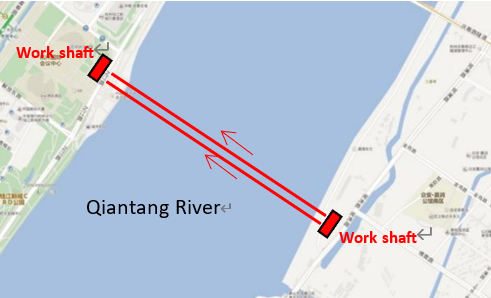 The Bo’ao tunnel is an important river-crossing tunnel connecting the main urban area of Hangzhou city (Qianjiang New City) and the sub-city of the south regions of the Yangtze River (Qianjiang Century City). This tunnel is not only a vital component for Hangzhou city integrated transport belt, but also a key passage for the 2022 Asian Games. The total length is about 2.8 km and is designed as a two-way four-lane highway tunnel with a speed of 60km/h. The West Line Tunnel has a total length of 1679.9 m, the minimum curve radius of 1800 m and the maximum water and soil pressure of 4.6 bar. The tunnel mainly goes through the sands, silts, clays and gravels. The length of round gravel stratum is about 1040 m, among which the full face round gravel geology accounts for 565 m. 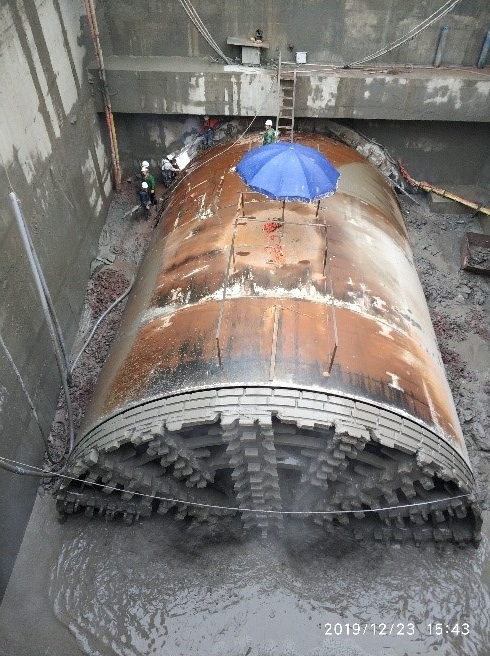 CREG supplied a large-diameter slurry shield machine to cope with complex geological conditions of the Bo’ao tunnel. The shield machine passed its factory acceptance test on June 20, 2018, launched on Nov. 28, 2018, and made its breakthrough on Dec. 16, 2019. The maximum daily advance is 18 m and the maximum thrust speed is 60mm/min during tunneling. The design of cutting tools adopts a multi-layer layout technology with long service life and the pipe extension slurry utilizes zero-discharge technology. The settlement could be controlled within 10 mm when underpassing the buildings.

Wuwei, the vice manager of Bo’ao tunnel engineering construction headquarters, said, “the environmental requirement for zero slurry discharge is basically realized by adopting a systematic disposal plan and muck separation technology on the basis of rock and soil categories and particle size. It only takes three minutes to cross through the Qiantang River after Bo’ao tunnel opens.”