You are at:Home»News»ITA Awards to Recognize Sustainable Underground Structures

“Tunnels: a resilient link between past and future” was at the center of the debates of the World Tunnel Congress 2019, held in Naples. Focusing on repair and maintenance anticipation for underground constructions and tunnels, many speakers presented new solutions, methods and processes to improve existing tunnels’ life expectancy.

The challenge faced today by many key players of the industry (engineers, urban planners, architects) when building new underground facilities is not only to fully respect the natural surroundings, but also to anticipate the aging process of the buildings from the outset and construct sustainable long-lasting infrastructures in order to reduce financial, social and environmental costs.

Through innovative insight, the category “Project of The Year up to €50M including renovation” showcases new examples of ongoing rehabilitations of underground infrastructures and new technologies and techniques for maintenance and repair throughout the world.

Three finalists were selected by the jury and are still in competition:

MODERNIZATION OF THE VLADIVOSTOK TUNNEL OF THE FAR EASTERN RAILWAY – RUSSIA
The Vladivostok tunnel is located within the city of Vladivostok, in the Primorsky Territory. It is a single track tunnel with service drainage heading. 1,380 meters long, the tunnel was constructed in 1935. Above the tunnel is a complex environment with a high-density urban area and urban communications systems. In the early 2000s, a survey showed that the tunnel maintenance required some improvements.

The renovation project in the Far East region included a wide range of works such as the installation of a roadbed and drainage chutes, drilling of drainage wells, pumping for lining and suppression of water inflows into the tunnel, conducting waterproofing, building a working lining layer, repairing the tunnel, constructing a superstructure and signaling systems, communications, energy economy, and the construction of utility and service facilities.

The works for modernization of the tunnel lasted three years without interruption of freight traffic into 15-hour technological “windows.”

After an engineering analysis of the actual state of the tunnel, Mosmetrostroy specialists offered a set of modern technologies for the modernization of the tunnel, taking into account innovations from world practice and their own experience.

The works of renovation comprise:

The cost of the project is estimated €43M. 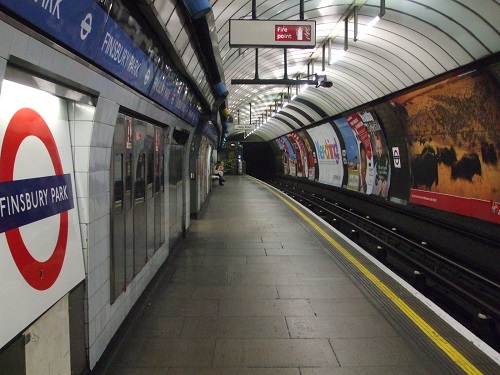 Finsbury Park Tube station is among the busiest in the London Underground. Use of the station has increased by 20 percent since 2010 and is expected to continue to grow. Making London’s Tube and Rail network accessible to all customers is one of London Underground’s (LU) key priorities, providing greater opportunities, encouraging regeneration and economic growth and reducing the number of journeys made in private vehicles.

The number of journeys made by step-free routes each year is expected to almost triple, from 77 million in 2016 to 227 million in 2023.

As part of a series of improvements to Finsbury Park Tube station delivered in 2019, two new lift shafts provide step-free access from street level to the Overground and Underground trains. The station serves as an inter-modal transport interchange hub with two bus stations in addition to the rail services. A new station entrance will be created from the adjacent new City North development. 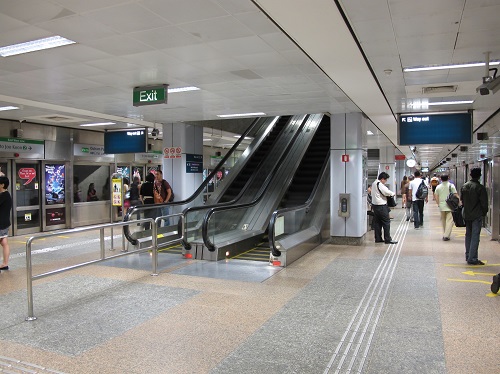 With the construction of new underground public transport systems, there is a need to construct Linkway tunnels to integrate them with the existing transport network and to link them with accessible entrance and exit locations.

A new underground station is added into Outram Park Station as a part of Thomson Line MRT/metro in Singapore and this is built next to two operating metro lines. This project is to connect the new station box with the platforms of existing metro lines for the passengers to interchange between the metro lines. The linkway consists of two tunnels with cross-sectional areas ranging from 50 m2 to 85 m2, which are excavated below an existing operational rail tunnel and station platform.

Linkway 1 is constructed underneath the existing live tunnels to provide access from NEL to TSL station structure. Linkway 1 tunnel has to accommodate a pedestrian Linkway 13.1 m wide and 6.5 m deep, and this tunnel is constructed below operational EWL tunnels at an angle of about 45 degrees with a minimum vertical clearance of 2.65 m.

Linkway 2 is constructed underneath the existing station with linking access directly to the platform of EWL by escalators and staircase. Linkway 2 excavation is carried out below the existing EWL station to create an underground link between TSL platforms and EWL platforms. Due to the high volume of passengers anticipated at this interchange, the passenger Linkway will be 9.3 m wide and 6.2 m deep.

Working close to existing operational tunnels posed serious challenges with respect to grouting, the effect of watertable drawdown and site logistics, and demanded an eclectic approach in arriving at the proposed design solution.

Sustainable solutions were also implemented throughout the project by incorporating the possibility of reusing previously installed steel support elements at the excavation front as the excavation progresses. This was studied at the design stage itself to minimize the total material required for the construction.

ABOUT THE ITA TUNNELLING AWARDS 2019
From Nov. 18-20, leading international specialists involved in creating powerful and innovative structures for major road and rail links, technical tunnels and underground space will come together in Miami to attend the ITA Tunnelling and Underground Space Awards followed by Cutting Edge Advance Conference.
The 3-day event will showcase the diversity and skills of ITA members form a remarkable pool of expertise and know-how. The conferences, led by specialists in the sector, will include national and international contributions, posters and many articles. Since 2015, the international competition “the ITA Tunnelling Awards” seeks and rewards, through 8 Categories and 1 Lifetime Achievement Award, the most ground-breaking innovation and outstanding projects in tunneling and underground space use.