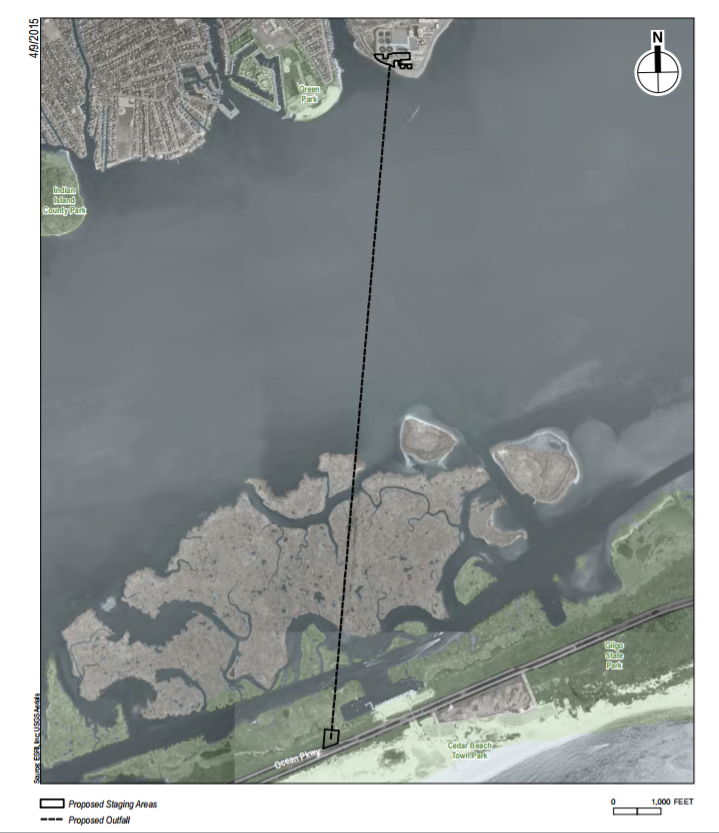 This is the largest construction project in Suffolk County in several decades and OHL’s first project on Long Island, expanding OHL’s regional presence in the New York area. Construction started on Feb. 8, 2018, and will be completed by summer 2021.

The project includes the construction of a 14,200-ft, 120-in. ID tunnel through a mixture of soft soil materials under the Great South Bay with the use of a tunnel boring machine (TBM). The tunnel will be constructed to replace the existing prestressed concrete cylinder pipe (PCCP) outfall, which carries millions of gallons of treated wastewater, connecting the Bergen Point Wastewater Treatment Plant (WWTP) to the Barrier Island under the Great South Bay. The new tunnel will address the concerns of potential failure of the current pipe and has a longer lifespan.

“We are proud to be a part of this project, which will ultimately help protect the waters and marine life of the Great South Bay for generations to come,” said Ashok Patel, CEO of OHL North America. “Our team will be using a state-of-the-art tunnel excavation and construction process including the use of slurry TBM.”

The tunnel will be excavated and concurrently lined using precast concrete segment rings. The JV has selected a slurry TBM as the most effective and efficient means of tunnel excavation and elected to use 48-in. wide precast segment liners. The shaft construction will be divided into major work phases including site preparation, excavation of the launch shaft and installation of the new slurry TBM. Once the TBM is installed, tunnel excavation will proceed in 4-ft pushes, followed by the installation of the permanent tunnel lining. Additionally, the team will also complete ancillary work within the tunnel including the installation of new piping and valving, associated plumbing, HVAC and electrical work.

OHL has successfully completed numerous tunneling projects across the globe and in North America including the East Side Access Project in New York City, Water Siphon Project connecting Staten Island and Brooklyn, and the Toronto York – Spadina Subway Extension in Toronto, Canada.