You are at:Home»News»International News»Salini Impregilo Shortlisted for $12.6 Billion Westconnex Project in Sydney, Australia 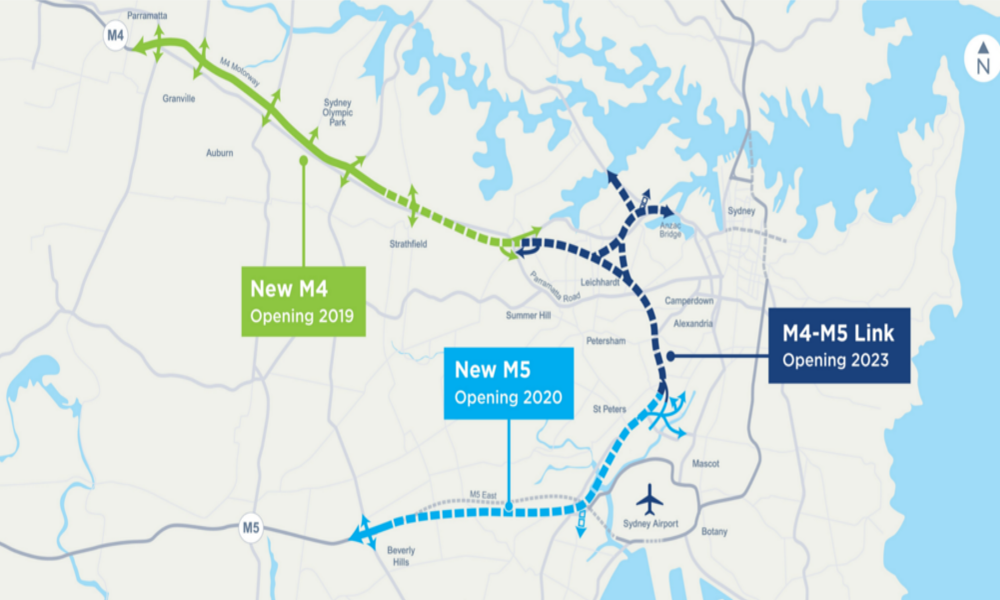 Salini Impregilo leads a consortium that has been shortlisted to design and build the Rozelle Interchange and Iron Cove Link as part of WestConnex, the biggest road development in Australia at AUD$16.8 billion ($12.6 billion US) which will improve and expand the transport network in Sydney. As a global player in the field of transport infrastructure, Salini Impregilo supports clients and cities in dealing with the challenges posed by economic and population growth.

The Rozelle Interchange and Iron Cove Link commissioned by the New South Wales Government, foresees the construction of an underground motorway interchange to City West Link and underground bypass of Victoria Road between Iron Cove Bridge and Anzac Bridge with links to the proposed future Western Harbour Tunnel and Beaches Link. This link will connect the new M4 and M5 motorways, providing underground travel for tens of thousands of vehicles every day.

Construction of the M4-M5 Link tunnels is expected to start later this year and will potentially open to traffic late 2022 with the Rozelle Interchange and Iron Cove Link opening around 12 months later.

WestConnex, which will ease traffic congestion and improve access and connections to western Sydney, comprises five projects which are being delivered in three stages. The M4-M5 Link Rozelle Interchange is part of the third stage, the most important of all the stages.

The Australian Industry Group has estimated that the annual growth rate in roadwork projects to be around 21% for 2018-2019, and around 19% for rail. The Australian Government plans to invest around AUD$75 billion ($56.4 billion US) in public works like road, rail and other transport infrastructure between 2018 and 2027. This has made the construction sector one of the engines of the economy, making up some 9% of the gross domestic product. In the entire Asia-Pacific region, investment in infrastructure is seen growing at a compound annual growth rate of 6% for the next five years.

Economic and demographic growth have made Australia a focus country for Salini Impregilo, whose longstanding experience in road, rail and metro work can help meet those demands.

Salini Impregilo has also entered the shortlist for the Cross River Rail in Brisbane, top priority for the state of Queensland as part of a consortium bidding for one of the two packages which includes tunnel excavation.

The Group’s latest project in Australia is a 8.5-km long rail link in Perth that will connect the eastern suburbs with the city center, thereby reducing traffic congestion and air pollution.

Salini Impregilo is working on similar projects for metro, road and rail transport throughout the world. In Copenhagen the Cityringen metro line is under completion; in Abu Dhabi, the Group has begun work on a transit way across two islands to connect two districts; while under the Alps, it is excavating the Brenner Base Tunnel, which will become the world’s longest underground railway line. In the United States, the Group’s largest single market where it is leader in road transport, it is extending a section of the 95 Express Lanes in Virginia and widening the Interstate 85 in South Carolina.

Such is its presence in the global infrastructure market that Salini Impregilo was among the top 10 companies in the transport sector in terms of revenue earned outside their respective home markets, according to a 2017 ranking by the leading U.S. industry magazine Engineering News-Record (ENR).