Alfonso “Al” Daloisio Jr. and Frederick P. “Fred” Salvucci have been selected for Outstanding Achievement Awards by The Moles, a national heavy construction industry professional organization. The awards will be presented at The Moles’ Annual Award Dinner at the New York Hilton Midtown on Wednesday, Jan. 19, 2022. Daloisio will accept The Moles Member Award and Salvucci will receive the Moles Non-Member Award. 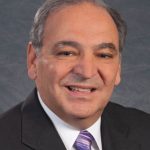 Al Daloisio has worked in every facet of heavy construction including field supervision, cost estimating and project management, and is currently the Chief Executive Officer at Railroad Construction Company (RCC). Under his leadership, RCC has grown from a relatively small $2 million company mainly focusing on railway installations, into the multi-discipline major construction firm of today, with an annual revenue of nearly $200 million. RCC specializes in major construction projects in the areas of drainage; mass excavation; rail work; and highway and bridge construction. Al also owns and manages several companies specializing in building construction, electrical contracting, steel fabrication, and specialized equipment manufacturing. RCC has performed numerous major contracts for public agencies such as the Port Authority of NY and NJ; NJ Transit; NYC Transit; LIRR; SEPTA and the NJ Department of Transportation, among others.

Al has served on numerous Moles Committees as well as holding Officer positions such as Treasurer, Awards Committee Chair and is currently the 2nd Vice President. Al is recognized for his generosity with financial resources as well as his personal time giving back. He serves on the board of such notable charities as the Boys & Girls Club of Paterson & Passaic; Eva’s Village; Oasis — A Haven for Women and Children; Paterson Habitat for Humanity; and the St. Elizabeth’s Roman Catholic Church. Al serves on the Board of Directors of The Moles Charitable Fund, also acting as their scholarship liaison to Villanova University. 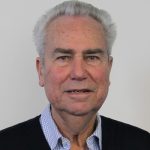 The Moles 2022 Non-Member Awardee for Outstanding Achievement in Construction is Mr. Fred Salvucci. A native of Massachusetts, Fred received his bachelor and master’s degree in Civil Engineering from the Massachusetts Institute of Technology (MIT) and attended the University of Naples as a Fulbright Scholar.

Fred is a true quintessential industry leader, instrumental in facilitating numerous infrastructure mega projects which enhanced the Boston skyline over the past 40 years. Through his personal efforts, he has enabled billions of dollars in economic development to take place in the greater Boston area while also making it easier and safer for commuters to travel throughout the downtown area. During his tenure as Massachusetts Secretary of Transportation, he devoted particular emphasis to the expansion of the MBTA transit system, the development of the Central Artery/Tunnel Project (aka the “Big Dig”), all while implementing strategies consistent with the Clean Air Act. He is often referred to as, “The Man Behind the Big Dig.” Other construction efforts he fostered include: the extension of the MBTA Red Line to Quincy and Alewife Station in Cambridge, the relocation of the Orange Line in Boston’s Southwest Corridor, and the acquisition and modernization of the Commuter Rail Network. The development of strategies to achieve high-speed rail service between Boston and New York City; the planning and redevelopment of the Park Square section of Boston; and construction of the State Transportation Building were all accomplished due to his efforts.

His most recent activities have included: participation in the restructuring of commuter and rapid transit services in Buenos Aires and participation with the US DOT Volpe Center in reviewing transportation planning processes in the United States’ metropolitan areas. Fred has also participated in an innovative research and educational collaboration focusing on the development of a new transit system for San Juan, Puerto Rico. Fred is a key participant in major MIT research projects in conjunction with the Chicago Transit Authority and with the Public Transport Agency of London. Fred continues to contribute to our industry as a Senior Lecturer of Logistics and Transportation at MIT and has received the WTS Honorable Ray LaHood Award in 2016.