You are at:Home»Featured Stories»Why Tunnels in The US Cost Much More Than Anywhere Else in The World 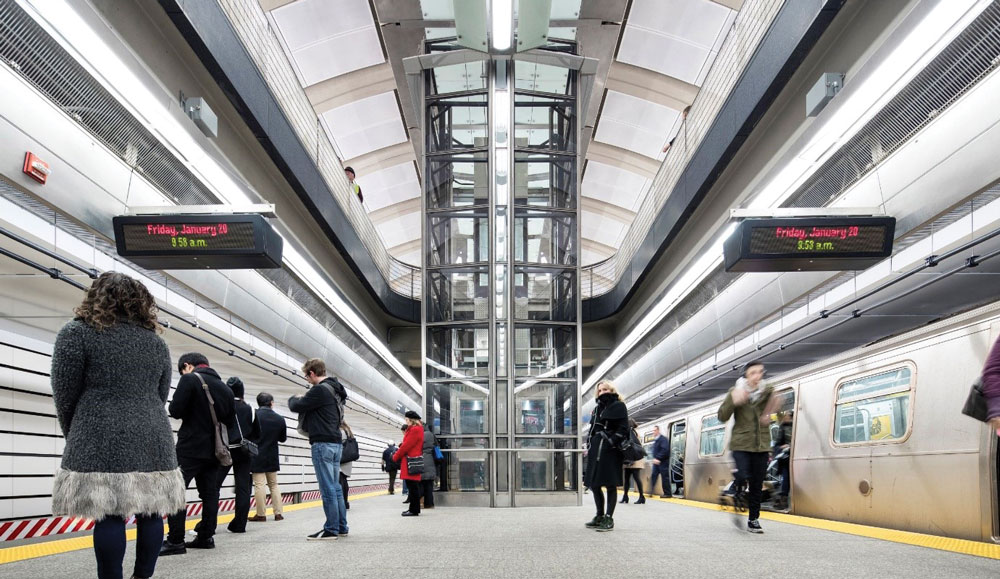 The successful opening on January 1, 2017, of the Second Ave. Subway in one of New York’s most congested neighborhoods was overshadowed with its high cost at $2.5B per mile.

“The Most Expensive Mile of Subway Track on Earth” is the title of an investigative report written by Brian M. Rosenthal of The New York Times in December 2017. It examined some of the subway tunnels in New York, comparing them to those of other parts of the country and the world.

Although the article was critical of the tunneling industry and in particular in New York, there were a lot of truths in it raising eyebrows and inviting questions. Other articles and reports were written on the subject, revealing that this phenomenon is not limited to underground construction in New York only, but it extends throughout the United States. So why is tunnel construction more expensive in the United States than anywhere else in the world? And how can the cost be reduced in order to be able to afford more tunneling and underground projects?

The authors have examined potential root causes, identified differences with respect to other countries, and addressed ways of potentially closing the gap. This article shares their thoughts in the hope to improve the situation. The article focuses on underground transit projects where the tunnels are typically twin bore with inside diameters in the range of 20 ft (6 m) to 22 ft (6.7 m).

Table 1 – Comparison of tunnel cost in the U.S. vs Europe, Asia, and low-cost countries like India

It should be noted that the comparative costs may have different work elements or parameters for different projects, but the indication of significant variations in the project overall cost is still valid. Another observation is that the Australian projects costs are closer to U.S. projects than any other country; this is believed due to the significant environmental requirements in Australia.

There are four main categories:

Of particular interest is why New York is so much more costly than the rest of the United States? And why both are significantly higher compared to Europe when the materials in the permanent works (concrete, rebar, track, electrometrical systems, etc.) are similar in prices for most cases? Also, why are the costs in India and China so low? Labor cost alone cannot account for these huge cost differences!

Evaluating the Construction cost alone, the approximate breakdown is as follows:

The construction cost represents slightly more than 50% of the overall program cost, while soft costs and stakeholders’ commitments at 45% are significantly higher in comparison with other types of major projects or similar projects in other global regions.

Labor cost and construction schedule are the most important factors affecting the construction cost. Labor cost is often driven by labor union rules which vary significantly among states and cities. One of the highest labor costs of tunnel construction workers is the Sandhogs in New York which can be as high as $110/hr and on an overtime basis, it can reach over two to three times this value. Their rates are higher than other tunnel workers in the country and significantly higher than European or Asian workers rates. Also, the number of workers assigned in the tunnel in New York is significantly more than other parts of the country and as much as 4 times more than tunnel workers assigned to comparable projects in Europe. Tunneling being linear structures, the opportunities to accelerate the construction schedule in order to reduce overall labor cost are limited.

No doubt that the geology, geotechnical, and project setting are the main drivers of the project cost; however, there are several other factors that significantly impact the cost. As we discussed above, the labor cost and labor requirement are major factors. Other drivers include materials and plant required for the construction, which their labor cost also falls into the labor cost category. There are several other important factors that could impact the project overall cost which vary significantly from region to region and country to country. Some of these cost drivers include:

Table 2 provides a comparative level of influence of cost drivers in the United States vs other parts of the world. 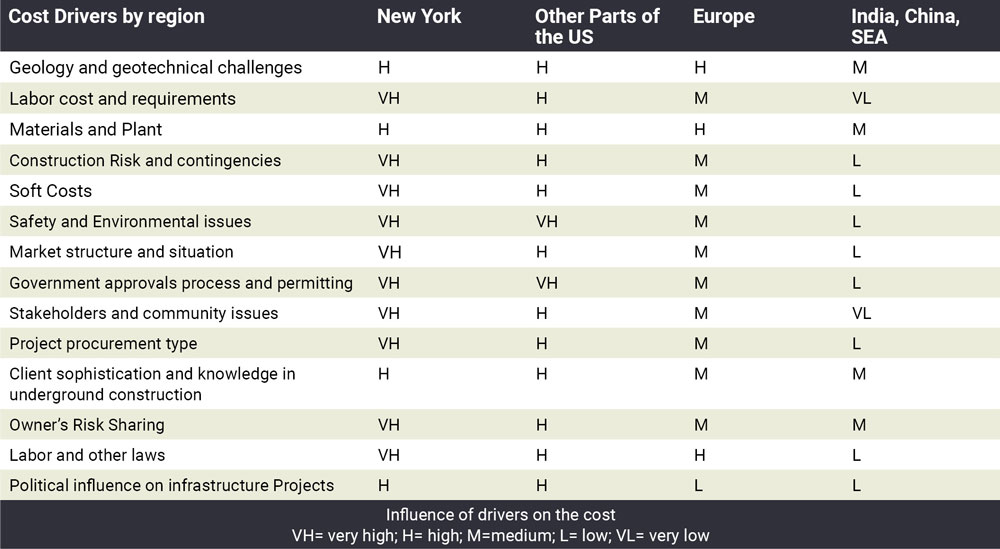 On infrastructure projects in the United States, bureaucracy in obtaining Federal funding often results in protracted studies from the conceptual planning phase through the environmental process and permitting, taking several years at best and sometimes over decades of studies and evaluations. Some projects were “on the books” for up to 40 or 50 years such as the Second Avenue Subway since the 1950s and the East Side Access in New York since the 1960s.

Availability of Federal funds and the Local match, or diversion of funds to other politically favorable projects result in further delays. A start-stop approach adds cost, especially if the program has started. Examples are the Access to the Region Core (former Gateway Program), which was cancelled after start of construction, and the Superconductor Super Collider, which was terminated after 60% of the construction was completed.

Transit tunnel costs in Europe are about 50% less expensive than those in the United States and even significantly lesser than those in New York. Based on our evaluation, we outline below the main differences that create these cost differentials, it should be noted that European tunnel projects also suffer from some of the same costly issues experienced in the United States but to a lesser overall effect.

Although the material and equipment costs are similar (within 10%) for projects in the United States and in Europe, labor costs are substantially higher in the United States as outlined above. For example, in California the average billing labor rates for qualified tunnel workers is about $70/hr and the average New York labor rate of qualified tunnel workers is at over $100/hr, whereas in Germany (one of the high labor rates countries in Europe) the comparable labor rate is about $30/hr. In other European countries such as Spain, Portugal, Italy, Poland, etc., labor rates are even lower. The EU legislation allowing workers from lower paid countries such as Spain and Poland working in other EU countries keeps the labor cost low.

Although environmental regulations and requirements in most European countries are as elaborate as U.S. regulations, the environmental review processes are generally better streamlined, and approval is obtained faster than in the United States.

Funding of infrastructure projects in Europe is typically 100% in place before the project detailed design starts; and often provided from the country central government, eliminating the ongoing rounds of Federal fund applications, State and Local matching funds, and the annual budgeting process of transit agencies which impact the start of projects and increasing their cost.

Infrastructure projects are evaluated and funded based on needs and economic benefits rather than political interests.

Mass transit is the way of life in Europe. People depend and favor mass transit over personal vehicles, thus obtaining favorable approvals from the people. Furthermore, the tendency now is that people are demanding underground transit projects rather than surface facilities, reserving the surface for more noble uses such as parks, green spaces, pedestrian and bike trails, and recreational and institutional facilities
European owners spend less time and money on planning, studies, conceptual developments, and detailed design. Most projects are implemented using the Design-Build model with the detailed design provided by the contractor during construction to suit his means and methods; this results in efficiency and eliminates repeating of design work.

Contract terms and conditions are generally uniform across Europe using the International Federation of Consulting Engineers (FIDIC) contracts. For the underground work, in 2019 FIDIC issued the “Conditions of Contract for Underground Works” (Emerald book) addressing risk sharing between the owner and the contractor. This results in less disputes, claims and litigations.

Higher experience and the number of tunneling contractors in Europe vs. the United States results in more competitive bids. EU regulations facilitate contractors’ ability of working in various countries and simplify the supply chains across borders. 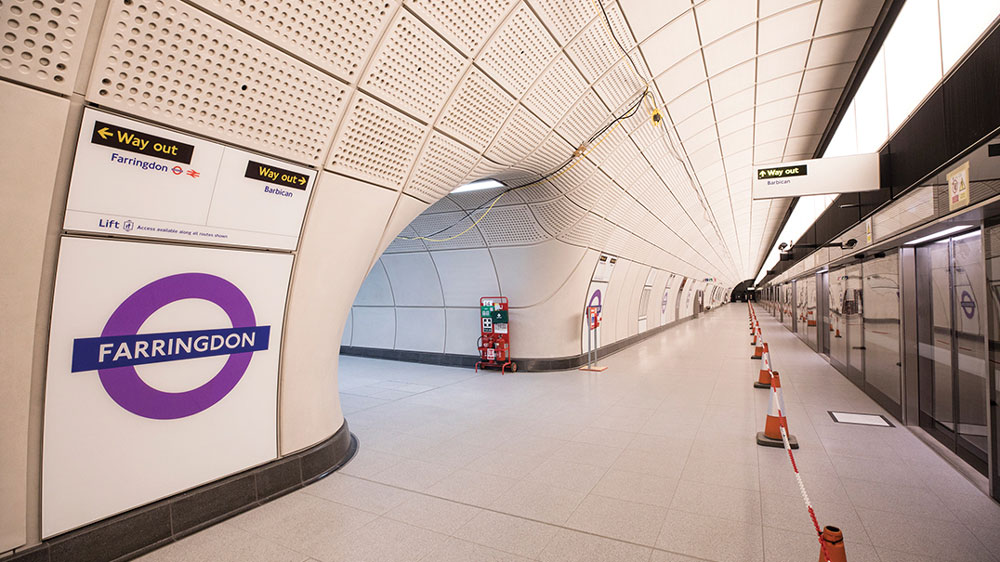 Crossrail was built in the heart of London to similar standards to New York Projects at $500M per mile.

What Can Be Done to Manage Underground Construction Cost?

Although we don’t believe that U.S. project costs can be lowered to a level comparable to European costs, there are various elements that the industry can do to control skyrocketing costs. Among the cost elements that can be improved are:

If these recommendations are implemented, would the U.S. costs match the European tunneling project costs? Unlikely.

Even with the political will and if better controls were applied, the main elements that can be controlled would be the soft costs, the environmental approval process, and the provisions to project stakeholders. It is unlikely that labor cost could be reduced greatly. Understanding the extreme tunnel costs in New York compared with other places in the United States is an enigma that is difficult to comprehend and cannot be controlled without major industry and government practice changes.

In 2018, Congress asked the Government Accountability Office (GAO) to report within 9 months on the cost of rail – transit infrastructure projects across the United States compared to similar projects worldwide. After 16 months in July 2019, a report was produced but it did not provide the comparisons requested by Congress. Rather, the GAO in its report said making the comparisons was too difficult to obtain meaningful results and instead reported on improvements to be made by the FTA for better cost estimation. It appears even the GAO did not have the ability to identify measures for cost reduction of transit tunnels that have impacted the taxpayers by billions of dollars over the years.

Nasri Munfah is a Senior Vice President and the Director of Tunneling and Underground Engineering Center of Excellence for AECOM. He is responsible for developing and implementing the firm’s long term strategic tunneling growth plan; he oversees the firm’s tunneling and underground projects and provides leadership in project pursuit and delivery, the development of innovative solutions, recruitment and the professional development of staff. With over 40 years of experience in tunneling and underground engineering, he was responsible for the successful delivery of multi-billion-dollar projects in DBB and Alternative Delivery Methods.

Paul Nicholas is a Vice President and the Operations Manager for the AECOM Tunnel Practice, with over 40 years of experience in the heavy infrastructure and tunneling industries. He has a geotechnical background and extensive engineering experience with tunnel boring machines (TBM) in design, manufacturing and operation. Paul has worked on tunnel projects in North and South America, Europe, Middle East, India, Asia and Australia and led the successful completions of landmark transit and water convyance tunnels projects.