On March 28, DC Water and the District celebrated a cleaner Anacostia River (in the background) commissioning the 7-mile segment of a massive tunnel system, which is part of its Clean Rivers Project. (PRNewsfoto/DC Water)

The segment – part of DC Water’s Clean Rivers Project – will substantially reduce combined sewer overflows to the Anacostia River, dramatically improving the river’s health. The tunnel system will capture and hold up to 100 million gallons of combined sewage in heavy rainfalls and deliver it to the Blue Plains Advanced Wastewater Treatment Plant for treatment. The commissioning is ahead of the deadline outlined in a 2005 consent decree with the US Environmental Protection Agency, US Department of Justice and the District of Columbia. 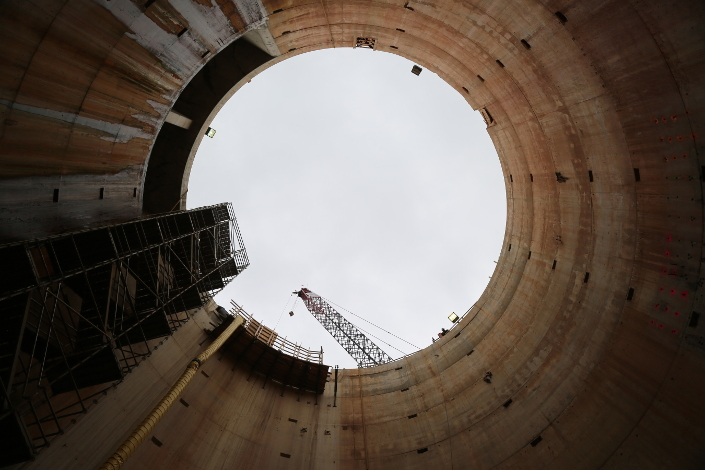 The sky above, as seen from 110 ft below. DC Water’s massive tunnel system now reduces combined sewer overflows to the Anacostia River by 80 percent.

“It has been my job, as well as my passion, to improve and protect the Anacostia River. I crafted The Anacostia River Clean Up and Protection Act of 2009 to do just that,” said Tommy Wells, DC Water Board Chairman and Director of the Department of Energy and Environment. “This project brings immense improvements to the District in terms of healthier waterways which will lead to a more vibrant waterfront and opportunities for recreation on the Anacostia.”

Lane Construction Corp., a U.S. subsidiary of the Salini Impregilo Group, together with its own subsidiary S.A. Healy Co., and Parsons (IHP JV) began construction on the Anacostia River Tunnel portion in 2013. The tunnel was designed with an inside diameter of 23 ft. It was excavated using Nannie, a Herrenknecht EPB TBM. Its alignment is approximately 100 ft (below the surface and runs underneath the Anacostia River, CSX railroad tracks, Interstate 695 and the WMATA Green Line. Mining was complete in November 2016.

Traylor Brothers, Skanska and Jay Dee were the joint venture contractors on the Blue Plains Tunnel project for DC Water with Halcrow/CH2M performing design services. Tunneling began in July 2013 from a starting point at the Blue Plains Advanced Wastewater Treatment Plant. The TBM, named Lady Bird, tunneled along the Potomac River northward to Poplar Point and then crossed under the Anacostia River and continued west, finishing at a deep shaft along Tingey Street, SE. Mining was complete in July 2015.

“I want to thank everyone who has contributed to this milestone, from our engineers to our elected officials to our ratepayers,” said Henderson J. Brown, IV, DC Water Interim CEO and General Manager. “The significant protective measures we put in place today, and those still to come, would not be possible without the commitment of this entire community.” 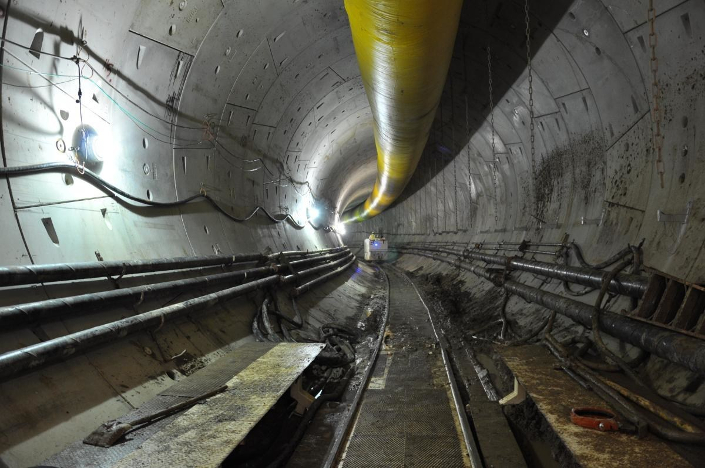 Inside the Anacostia River Tunnel during construction.

Mining for the next tunnel segment, the Northeast Boundary Tunnel, will soon be underway and is scheduled for completion in 2023. Brierley Associates and its client, Salini Impregilo/S.A. Healy JV, were issued Notice-to-Proceed for the $580-million tunnel in October 2017.

The complete Anacostia Tunnel System will capture 98 percent of sewage overflows to the Anacostia. It will also provide more flooding relief for residents in the Bloomingdale and LeDroit Park neighborhoods.