You are at:Home»News»In Memoriam: Don U. Deere 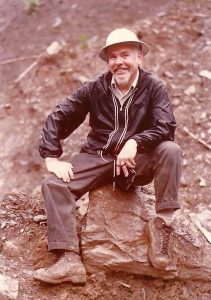 Dr. Don U. Deere, a world-renowned engineering geologist, passed away on Jan. 14, 2018, in Gainesville, Florida, at the age of 95. An expert on tunneling, dam building and design, and the construction of large underground spaces, in 1989 he was appointed by President Reagan as Chairman of the U.S. Nuclear Waste Technical Review Board. He received numerous distinctions throughout his career, including being elected to both the National Academy of Engineering and the National Academy of Sciences, the Golden Beaver Award, and the Non-member Award of Moles.

Deere was born on a farm in Mt. Etna, Iowa, on March 17, 1922, to O.U. and Wilma Hannah Deere. A graduate of Corning High School in Iowa, he received his B.S. in Mining Engineering at Iowa State University in 1943, an M.S. in Geology at the University of Colorado in 1949, and a Ph.D. in Civil Engineering at the University of Illinois in 1955, studying under Dr. Ralph Peck.  He met his wife, the late Carmen Pilar Garcia of San Juan, Puerto Rico, at Iowa State and they spent 61 years together.

After working as a mining engineer in Arizona and New Mexico, Don and Carmen moved to Puerto Rico, where both were on the faculty at the University of Puerto Rico, Mayaguez. There Don started the Foundation Engineering Co. of Puerto Rico and met Dr. Karl Terzaghi. In 1955 he accepted a joint appointment as an associate professor in the departments of Civil Engineering and Geology at Illinois and helped lead their geotechnical engineering program to international prominence. He resigned his appointment as professor in 1972 to pursue full-time consulting and moved to Gainesville where he co-founded Deere and Merritt, an international consulting firm in geology and rock mechanics, and joined the University of Florida as an adjunct professor. 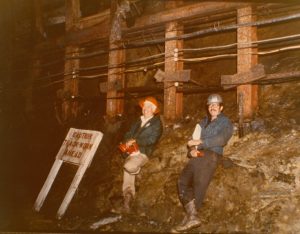 “Dr. Deere’s style was one of unbridled enthusiasm about his work,” said Don W. Deere. P.E., chairman of Deere & Ault Consultants Inc., and son of Don U. Deere. “He really pushed the envelope of combining the disciplines of geology and engineering. He loved to teach and did it through presenting real-world case histories.  Many of his students became leaders in the tunneling industry and his enthusiasm was contagious.”

In 1964, Dr. Deere developed the Rock Quality Designation (RQD), which became a standard index for core logging and scan line surveys. RQD also remains a key input parameter in rock mass classification systems. In the 1970s, he brought attention to the importance of foliation shear zones. In 1993, together with Dr. Lombardi, he developed the Grouting Intensity Number (GIN) method for rock mass grouting.

“Rock Quality Designation or RQD was invented by him one evening in a hotel room as a way to demonstrate good rock vs. bad rock to a group of non-technical decision makers that were selecting the location of an underground chamber,” Don W. Deere said. “The GIN grouting method (Grout Intensity Number) was invented in a tavern with his friend and colleague Dr. G Lombardi on the back of a napkin while sipping gin and tonics.”

Major projects to which he contributed included the construction of the World Trade Center, the Channel Tunnel, Cheyenne Mountain NORAD, Yucca Mountain, New York City water tunnels, the Washington, D.C., Metro subway, Hong Kong Island tunnel, Suez Canal Crossing, and numerous hydroelectric facilities throughout the Americas, most notably Itaipú, the world’s largest hydroelectric project at the time. Perhaps his greatest legacy was that of a teacher where at Illinois and UF he mentored a whole generation of leaders in the tunneling industry.