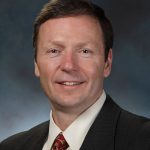 “Jim Utterback has a proven record in successfully leading major construction projects for VDOT,” said Brich. “His experience in transportation development and project management is invaluable to what will be one of the largest infrastructure projects in the nation. The complexity of this project warrants a director of Jim’s caliber. His management of VDOT’s Hampton Roads District combined with his skill sets make him the right person for the job. I have the utmost confidence that with Jim at the helm, VDOT will successfully deliver the HRBT Expansion Project and bring much needed congestion relief to Hampton Roads.”

Utterback has more than 30 years of experience managing large scale projects in military, private and state organizations. He was selected to lead VDOT’s Hampton Roads District in 2013. Since then, Utterback has led the development of a construction program that now exceeds $1.2 billion including the $409 million Interstate 64 High Rise Bridge, VDOT’s largest design-build project, and four additional interstate construction projects each with a contract value over $100 million. The District recently marked the opening of the $94 million I-64 Peninsula Widening Segment I Project, which went from initiation to completion in less than four years.

Utterback earned a master’s degree in business from Webster University and a bachelor’s degree in mechanical engineering from Virginia Military Institute.

The HRBT Expansion Project will build another bridge-tunnel and widen the four-lane segments of Interstate 64 in Hampton and Norfolk to ease daily congestion between the Peninsula and South Hampton Roads. Traffic on the HRBT’s existing four lanes exceeds 100,000 vehicles per day during peak summer traffic.

Utterback will transition into his new role in the coming months. VDOT will soon begin the task of finding Utterback’s replacement with a nationwide search for a new Hampton Roads District Administrator.

For more information on the HRBT Expansion Project, click here.