You are at:Home»News»Achievement Awards Presented at Breakthroughs in Tunneling Short Course

The DigIndy Tunnel System and Dr. Gary Brierley were honored on Sept. 13 at the 14th annual Breakthroughs in Tunneling Short Course. 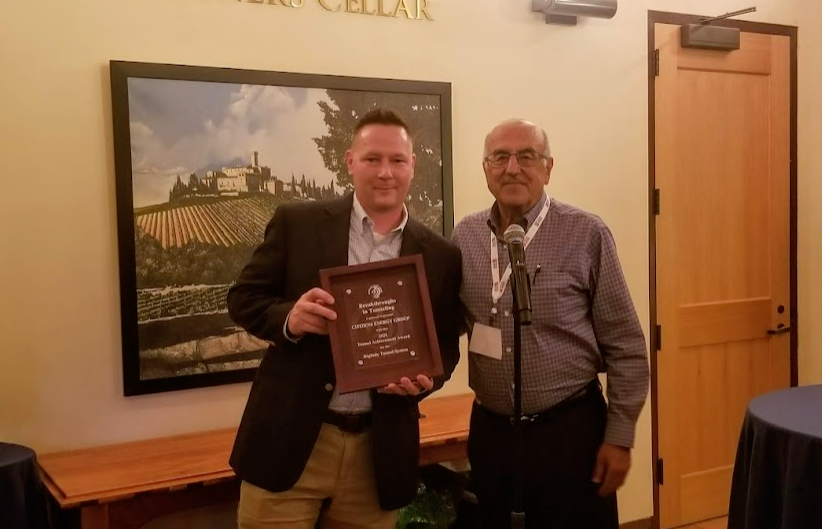 Established in 2012, the Tunnel Achievement Award recognizes projects that are successfully completed and demonstrate innovation and teamwork, and provide benefits to the community. The award is presented annually at the Breakthroughs in Tunneling Short Course. The awards are bestowed by TBM: Tunnel Business Magazine in partnership with the Breakthroughs in Tunneling Short Course.

The DigIndy Tunnel System is a 28-mile long network of 18-ft ID deep rock tunnels being built 250 ft beneath Indianapolis, Indiana. The $2 billion program, which includes tunnels and plant upgrades, will reduce combined sewer overflows (CSOs) by up to 99 percent, keeping Citizens Energy Group and the City of Indianapolis in compliance with a consent decree.

While overall tunnel excavation is not yet complete, five of the six tunnel segments have been excavated with the sixth and final segment approximately 20 percent complete.

The DigIndy Tunnel System was conceived as a result of a consent decree between the City of Indianapolis, the U.S. EPA and the Indiana Department of Environmental Management to reduce CSOs in the Indianapolis area. In 2011, Citizens Energy Group, a public charitable trust, purchased the water and wastewater assets from the City, thus becoming a party to the consent decree and inheriting ownership of the tunnel program.

The final configuration of the DigIndy program consists of six interconnected tunnel projects. Each of the tunnels are mined with the same 20-ft, 2-in. OD Robbins Main Beam TBM and lined with 1-ft thick concrete walls. All of the tunnels were completed by the same contractor, a joint venture of J.F. Shea and Kiewit.

The tunnel segments are: 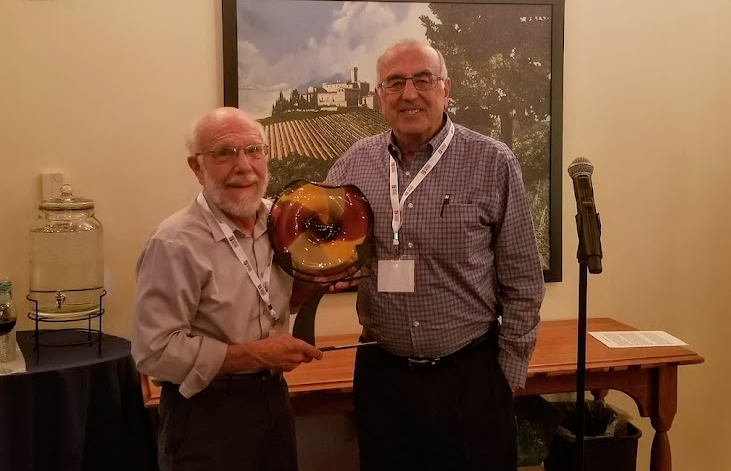 Brierly, President of Dr. Mole Inc., has more than 50 years of experience with both the technical and nontechnical aspects of underground engineering and construction management. Beginning as a project manager in 1970, he has worked on more than 1,000 projects involving all types of underground design and construction including soil and rock engineering, building foundations, braced excavations, ground improvement and slope stability for owners, contractors, engineers, public agencies, and attorneys

“I have known and worked with Gary over the last four decades and have always been impressed with his vast knowledge and his practical approach to all aspects of tunnel design and construction,” said Ozdemir. “His contributions to the advancement of the tunneling industry are endless. Gary has also been a passionate educator and mentor to students and young professionals involved in tunneling. He frequently served as a guest lecturer in my tunneling classes at the Colorado School of Mines and the students always enjoyed his lectures.”

Brierley earned a bachelor’s degree in Civil Engineering from Tufts University and masters and doctoral degrees from the University of Illinois in 1970 and 1975, respectively. During that time Brierley was fortunate to work on the instrumentation program for DuPont Circle Subway Station in Washington, D.C., a project that formed the basis for his doctoral dissertation.

Since that time, Dr. Brierley has devoted his entire professional career to the design and construction management of underground openings. Dr. Brierley has been involved with two successful start-up firms providing consultation services for underground projects: Brierley and Lyman and Brierley Associates.  He has served as President of the American Underground Construction Association, Chairman of the Underground Technology Research Council, and as a member of the U.S. National Committee on Tunneling Technology.  He has been a member of several professional societies and has authored more than 200 technical papers and articles for tunneling publications including the “Ask Dr. Mole” column for TBM magazine.